Four US military personnel killed in 'act of terrorism' in Chattanooga, Tennessee 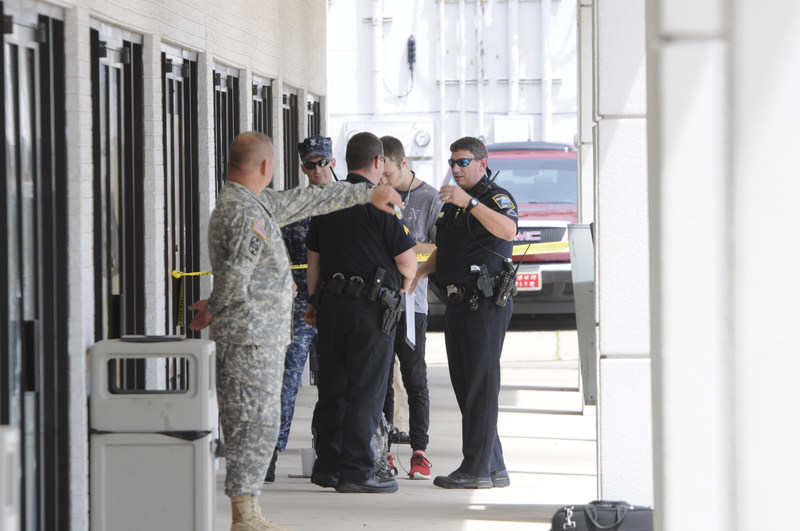 by Compiled from Wire Services Jul 16, 2015 12:00 am
Five people, including the shooter, were killed in two shooting incidents in Tennessee in Thursday, Chattanooga Mayor Andy Berke said in a news conference.

The incident is being investigated as an "act of domestic terrorism," officials said. A police officer was wounded in the shooting at two separate military facilities, officials said.

Meantime, the FBI said on Thursday it was premature to speculate on the motives of a gunman who killed four Marines at two military facilities in Chattanooga and that it was working with Chattanooga police to investigate the attack.

The suspect, whom the FBI identified as Mohammod Youssuf Abdulazeez, 24, was fatally shot in the incident.

"While it would be premature to speculate on the motives of the shooter at this time, we will conduct a thorough investigation of this tragedy and provide updates as they are available," the agency said in a statement.

Shots were fired at several locations in the city, including a joint military recruitment center, and a police officer was hit by gunfire, officials said.

Multiple victims were being treated in a hospital, WRCB news reported.

Erica White witnessed the shooting through the window of a hair salon two doors down from the recruiting center.

"We heard one pop, really loud pop. So we went to the door to see what it was," White told CNN. "We saw a guy in a silver Mustang just unloading on the naval recruiting place."

White said she watched in horror as the man reloaded his gun and opened fire again. He then backed up his car, pulled up to another part of the recruiting center and started shooting again.

"We're all shook up," she said. "Never expected something like this."

The US Navy tweeted that it was investigating a report of a shooting at a naval recruiting building in Chattanooga.

It said the shooting did not affect the nearby naval reserve base.

The base was placed on lockdown following the shooting, as were a local college and area businesses and government offices.

Local media published images of police officers crouching behind their cars with rifles drawn as they sought to take down the shooter.

Local media initially reported that gunshots were also heard on the naval base and another location. However, it appears the shooting was limited to the recruiting center.
Last Update: Jul 17, 2015 1:20 am
RELATED TOPICS