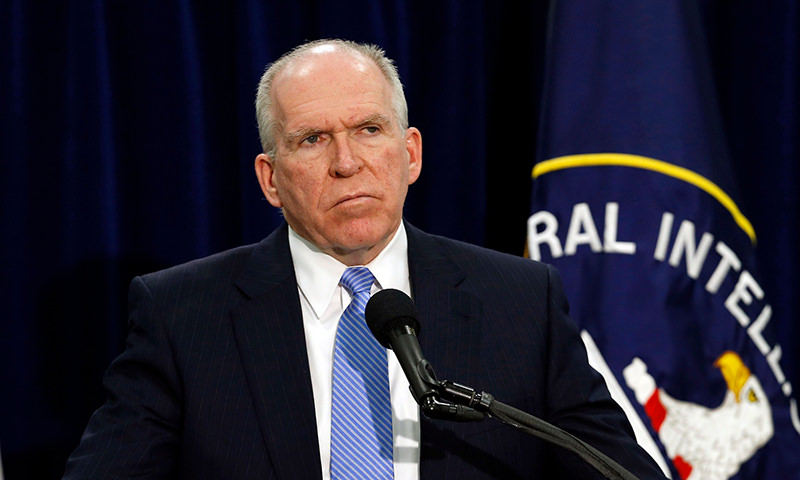 | Reuters Photo
by French Press Agency - AFP
Oct 21, 2015 12:00 am
Anti-secrecy campaign Wikileaks boasted Wednesday that it had obtained CIA director John Brennan's personal emails and was about to make them public.

The claim came shortly after it was reported that a teenaged hacker had broken into the US spymaster's AOL account and had taken mails and personal data.

The FBI and Secret Service are investigating the claims, which, if true, would be a major humiliation for US intelligence after a string of major leaks.

The account has been verified by Twitter as belonging to the organization and is widely assumed to be controlled by Wikileaks' founder Julian Assange.

The announcement was made shortly after 1600 GMT and it was not clear when any material would go online, but Wikileaks has a track record of secret document dumps.

Earlier this week the New York Post reported that a hacker, who described himself as an American high school student, had called reporters to describe his exploits.

Then, using his purported Twitter account -- @phphax -- the hacker taunted authorities with redacted images of what appeared to be government information.

The US government has been dogged in recent years by high-profile leaks, including a trove of diplomatic cables published by Wikileaks.
Senior officials have also been criticized for not properly protecting sensitive and classified documents.

Former CIA chief David Petraeus was forced to plead guilty to improperly handling documents after it emerged that he loaned his mistress his Afghan war diaries.

And presidential candidate Hillary Clinton is under fire after she admitted that she only used a private email server during her time as Secretary of State.
Last Update: Oct 21, 2015 10:43 pm