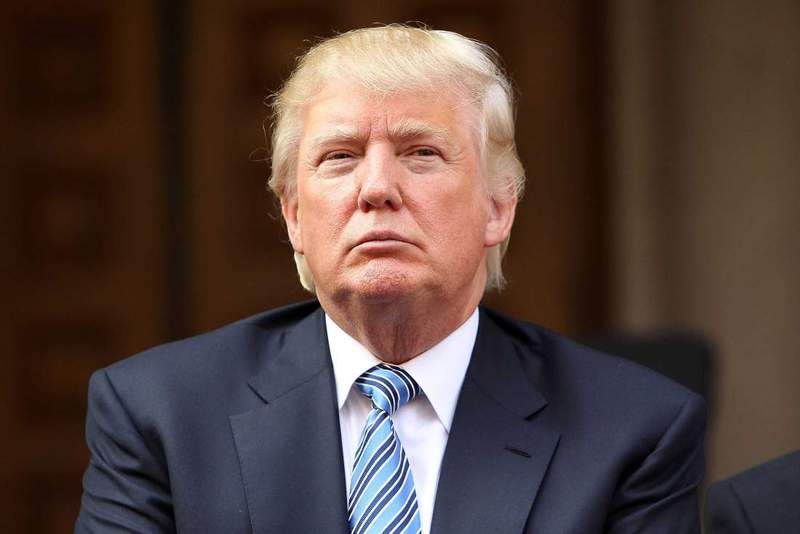 by Daily Sabah with AFP Dec 01, 2015 12:00 am
US Republican presidential candidate Donald Trump ramped up his Islamophobic rhetoric on Saturday, claiming that Muslims around the world were "going wild" to cheer the September 11, 2001 attacks.

Earlier this month, the real-estate tycoon invited scrutiny after saying that Arab and Muslim Americans had celebrated the terror strikes. He also voiced support for a database to track Muslims in the country.

But at the weekend rally in Sarasota, Florida, Trump took it a step further.

"Everybody admits that worldwide, the Muslims were absolutely going wild," Trump told a crowd of supporters.

A 2008 Gallup poll found that only seven percent of Muslims around the world said the 9/11 attacks were "completely" justified and viewed the United States unfavorably.

Video had shown the 69-year-old appearing to question the credentials of Pulitzer-prize-winning reporter Serge Kovaleski, who suffers from congenital arthrogryposis, which interferes with movement of the limbs.

Trump had cited an article by the reporter in The Washington Post saying authorities had detained "a number" of people allegedly seen cheering on rooftops in New Jersey after the 9/11 attacks on the other side of the river from New York's destroyed World Trade Center towers.

There was no indication in the article of thousands or even hundreds of Muslims cheering, as Trump has claimed he has witnessed.
Last Update: Dec 01, 2015 1:24 am
RELATED TOPICS