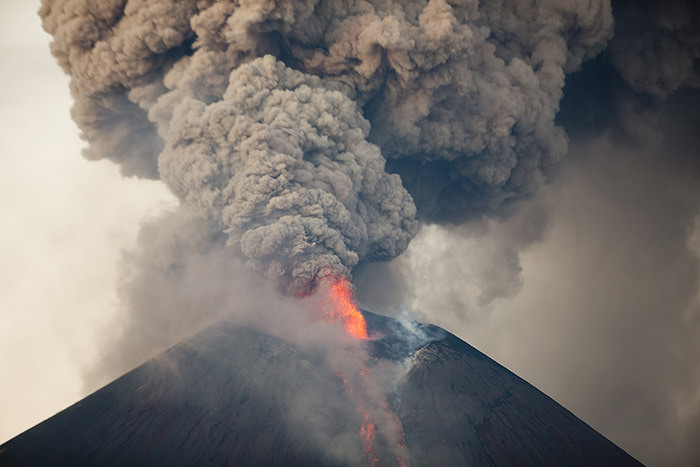 The Momotombo volcano spews a plume of gas and ash as well as glowing rock, as seen from the rural community of Papalonal, in Leon, Nicaragua, Wednesday, Dec, 2, 2015 (AP Photo)
by Associated Press Dec 04, 2015 12:00 am
Nicaragua's Momotombo volcano has spouted a plume of ash about 1,000 meters (yards) high.

In 1610, the city of Leon was destroyed during an eruption of the Momotombo and was relocated west, where it is currently located.

Nohelia Zamora lives near the volcano in the township of La Paz Centro.

Zamora said "since yesterday the volcano has been rumbling and ash and dust has been falling on us."
Last Update: Dec 04, 2015 1:58 pm
RELATED TOPICS