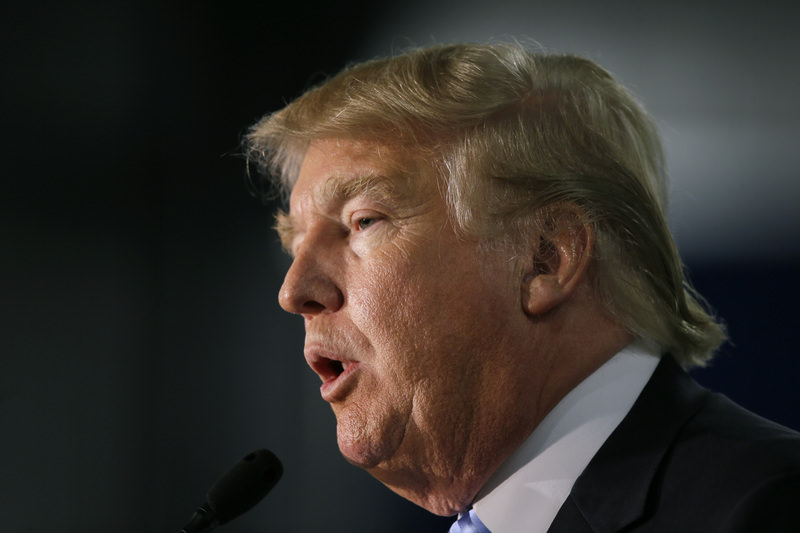 by Daily Sabah with Reuters Dec 07, 2015 12:00 am
Republican presidential candidate Donald Trump said Monday that a "total and complete shutdown" of all Muslims entering the United States should be put into place until Congress can act.

In a statement distributed to the press, Trump said that polling shows a "hatred" by Muslims toward Americans that could result in more attacks.

"Without looking at the various polling data, it is obvious to anybody the hatred is beyond comprehension," Trump said in a statement. "Where this hatred comes from and why we will have to determine. Until we are able to determine and understand this problem and the dangerous threat it poses, our country cannot be the victims of horrendous attacks by people that believe only in Jihad, and have no sense of reason or respect for human life."

"It's totally contrary to our values as Americans. We have in our Bill of Rights respect for the freedom of religion," Rhodes said in the interview.

"It's also contrary to our security," Rhodes said, explaining Daesh militants were trying to cast the United States as "being at war with Islam."
Last Update: Dec 08, 2015 12:35 am
RELATED TOPICS