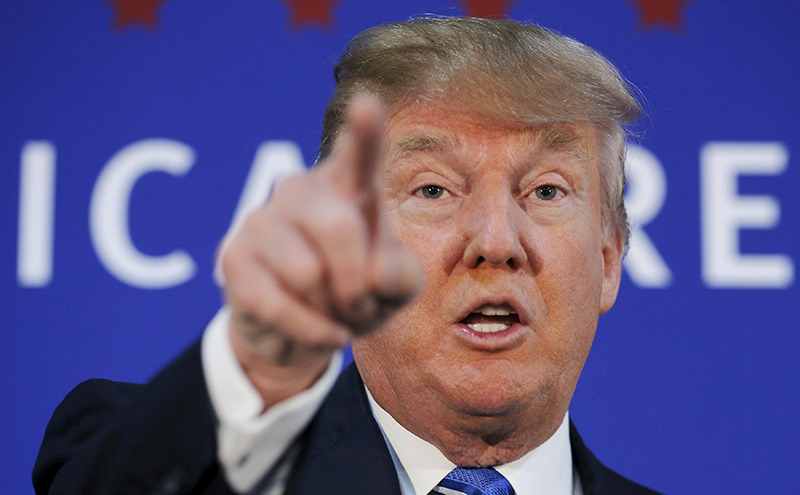 | Reuters Photo
by Compiled from Wire Services Dec 08, 2015 12:00 am
Muslims have decried the proposal of U.S. presidential candidate Donald Trump, who called for a "total and complete shutdown of Muslims entering the United States," immigrants and visitors alike, because of what he describes as hatred among "large segments of the Muslim population" toward Americans.

Somchai Jewangma, an officer with Thailand's Sheikh al-Islam Office said: "I don't think that can ever be done. The United States has economic ties with Islamic countries and there are millions of Muslim people in America. This is just a policy to please those who don't like Muslims and to gain more political support.

"It's true that there are terrorists who are Muslims, those who don't have good intentions for Islam. But there are 1.7 billion Muslim people in the world. If we were all bad, then the world would be uninhabitable."

Somchai also said entry rules have already become stricter: "When I applied for a U.S. visa, I was investigated for months." Azra Khan, president of the Canberra Islamic Center in Australia, said Trump's proposal is the wrong way to address last week's attack in San Bernardino, California, in which a Muslim couple killed 14 people: "Clearly Donald Trump is trying to inflame the situation. Clearly this tragedy is not about Muslims. "He could better improve the situation if he were to say, 'Let the U.S. take guns more seriously and ban them.' That one simple solution would be much more suitable and make the streets of America far safer."

Ikbal Patel, former president of the Australian Federation of Islamic Councils added: "He's trying to alienate not only the Muslim population of the United States but all the Muslims around the world. Nobody in their right mind would in any way condone what has just happened with those two individuals in that town, but to condemn in one fell swoop all Muslims and to try to suggest that Muslims shouldn't be allowed in America is quite ridiculous."

Manoon Hayeemohlor, a university student from Pattani, Thailand said, "I feel so bad. Why would he say he will shut Muslims out? It's not like all Muslims are bad. If this [shutdown of Muslims] ever goes through, I think the Middle East would close themselves off from Americans as well. If they do that, it would affect the U.S. as well. When Muslim people go to America, we actually contribute to the country's GDP."

Nur Jazlan Mohamad, Malaysian deputy home minister, said the proposal is not aligned with America's image as a tolerant and democratic nation, and could fall into the hands of DAESH terrorists by further alienating the Muslims who are already in the U.S.: "His proposal reflects the thinking of many people in America, and this is worrying."

"All Muslim immigration to the U.S. should be halted," Republican presidential hopeful Donald Trump said on Monday. The real estate mogul called for the "total and complete shutdown of Muslims entering the United States until our country's representatives can figure out what is going on."

There was previously a large chorus of voices speaking out against allowing Syrian refugees to enter the U.S., with some Republican presidential hopefuls calling for a religious test to prevent Syrian Muslims from entering the country.