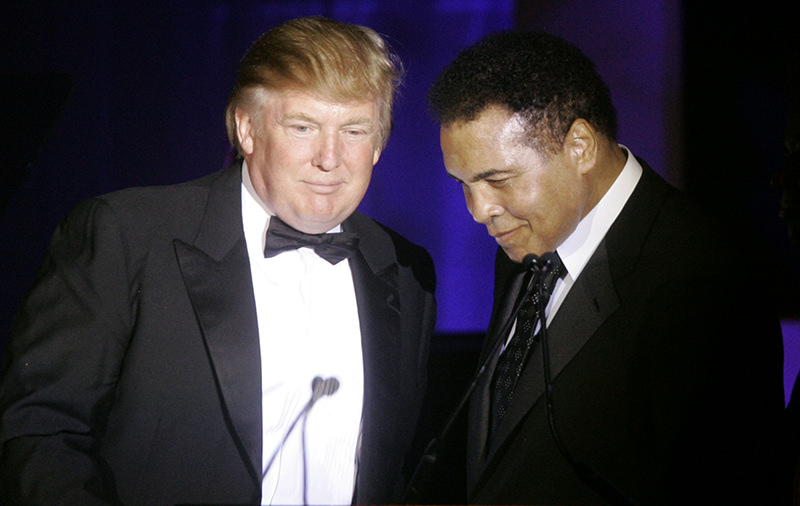 Ali, one of the most famous Muslims in the world, issued a statement saying, "True Muslims know that the ruthless violence of Daesh goes against the very tenets of our religion."

He added, "I believe that our political leaders should use their position to bring understanding about the religion of Islam and clarify that these misguided murderers have perverted people's views on what Islam really is."

Ali's statement Wednesday, first reported by NBC News, did not identify Trump by name but was directed at "presidential candidates proposing to ban Muslim immigration to the United States."

"They have alienated many from learning about Islam," Ali wrote.

President Barack Obama, in a televised address to the nation Sunday night, called on Americans to reject discrimination, saying, "Muslim Americans are our friends and our neighbors, our co-workers, our sports heroes."

On Twitter early Monday, Trump asked, "What sport is he talking about, and who?" even though Trump has met Ali several times, and even received an award named after the former heavyweight champion in 2007.

The 73-year-old Ali, who was born Cassius Clay, converted to Islam and changed his name in 1964.

Also on Wednesday, Detroit Lions running back Ameer Abdullah, who is Muslim, spoke with reporters about Trump's proposal.

"When you have someone like him say some things he has a very large following it's kind of disappointing from my perspective," Abdullah said. "I just encourage everyone to educate yourself before you take a stance on something that you may not really know about."
Last Update: Dec 10, 2015 9:37 am
RELATED TOPICS