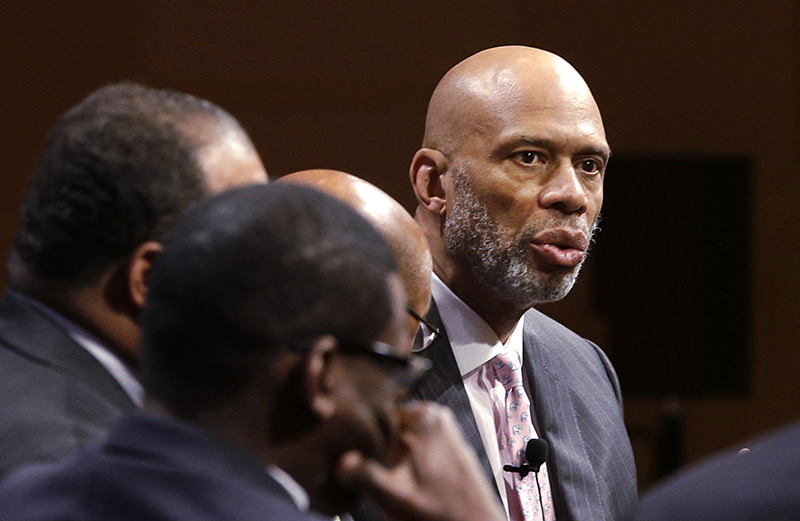 |AP Photo
by Associated Press Dec 10, 2015 12:00 am
Basketball Hall of Famer Kareem Abdul-Jabbar, a Muslim sports icon, weighed in on Wednesday after Republican presidential hopeful, Donald Trump's Islamophobic remarks to ban all Muslims form the U.S., with an essay on Time.com.

He described Trump as the terrorist group Daesh's "greatest triumph," while adding that Trump is a candidate who "preys on the fears of the public, doing Daesh's job for them."

Abdul-Jabbar wrote that Trump's claims "have elevated him to the level of a James Bond super-villain. And like those villains, he is doomed to failure."

"When you have someone like him say some things – he has a very large following – it's kind of disappointing from my perspective," Abdullah said. "I just encourage everyone to educate yourself before you take a stance on something that you may not really know about."

World famous boxing legend Muhammad Ali also criticized the Trump's proposal to ban Muslims from entering the United States, calling on Muslims "to stand up to those who use Islam to advance their own personal agenda."
Last Update: Dec 10, 2015 10:07 am
RELATED TOPICS