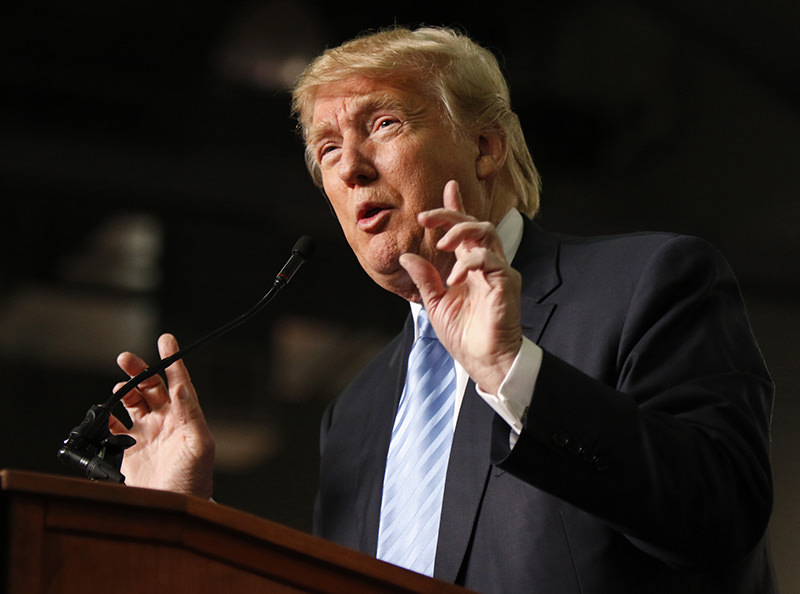 | AP photo
by Dec 10, 2015 12:00 am
U.S. Republican presidential front-runner Donald Trump on Thursday postponed his trip to Israel amid a controversy over his comments about temporarily barring Muslims from entering the United States.

Trump announced the decision in a post on his Twitter feed and said he would plan to meet Israeli Prime Minister Benjamin Netanyahu "at a later date after I become president of the U.S."

Trump later told Fox News he decided to postpone the trip because he didn't want to put pressure on Netanyahu, who faced calls from Israeli politicians to call off the planned Dec. 28 meeting.

Netanyahu had rejected Trump's comments about Muslims but said he would still meet with Trump.

Trump, who leads opinion polls in the U.S. Republican nominating race, told Fox News he decided to postpone the visit to Israel because "I didn't want to put him (Netanyahu) under pressure."

"I also did it because I'm in the midst of a very powerful campaign that's going very well and it (the trip) was not that easy to do," Trump added.

The decision comes just days after Trump provoked an international uproar by calling for Muslims, including would-be immigrants, students and tourists, to be blocked from entering the United States after last week's deadly shootings in California by two Muslims who authorities said were radicalized.