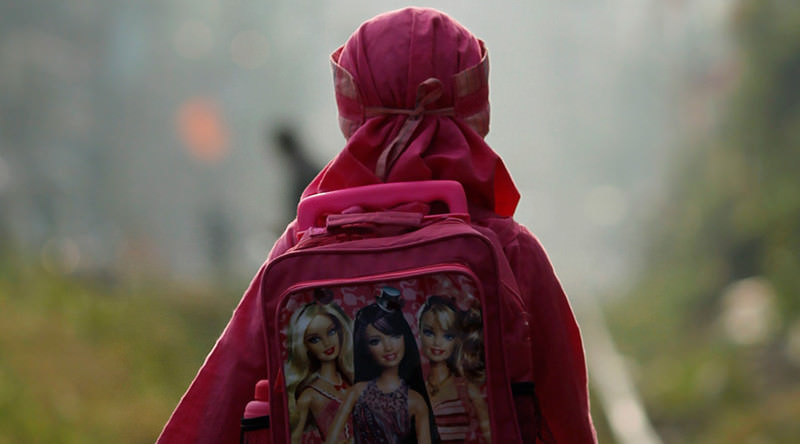 Representational Image (Reuters Photo)
by Daily Sabah with Agencies Dec 12, 2015 12:00 am
The father of a Muslim middle school student says a teacher asked his daughter if she was carrying a bomb in her backpack.

Abdirizak Aden said the teacher at Shiloh Middle School in Georgia, stopped his 13-year-old daughter, who wears a hijab, and asked if she had a bomb.

Aden told The Atlanta Journal-Constitution (http://on-ajc.com/1mfBlHj ) that both he and his daughter were greatly upset by the comment.

Sloan Roach, a Gwinnett County Public Schools spokeswoman, said the teacher's comment was inappropriate and the school's principal has apologized to the family.

She said the comment came as the teacher was telling students to put away their backpacks and school officials don't believe it was made with ill intent.

A similar incident took place when Ahmed Mohamed, whose family are from Sudan, made international headlines when he was handcuffed, arrested and fingerprinted by police on September 16 after a homemade clock he brought to the school was mistaken for a bomb.

The incident took place at a time when rising Islamophobia has exacerbated the debate around religious freedom in the U.S.

His arrest was widely criticized and the charges against him were eventually dropped. Ahmed received messages of support from a number of high-profile figures including President Barack Obama, who he visited at the White House.
Last Update: Dec 13, 2015 12:12 am
RELATED TOPICS