Safety concerns grow in US mosques after extremist attacks 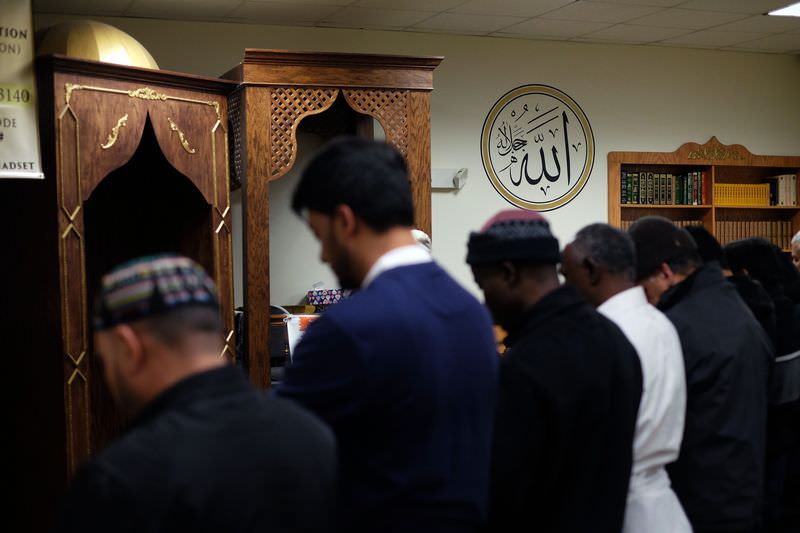 by Daily Sabah with Reuters Dec 15, 2015 12:00 am
From the suburbs of Los Angeles to the outskirts of Washington, D.C., mosques around the United States are vigilantly stepping up security in the face of growing fears about a backlash against American Muslims.

The increasing safety concerns described by American Muslim leaders – and the steps they are taking in response, including hiring armed guards – represent the flip side of the rising public anxiety about DAESH-inspired terror after attacks in Paris and San Bernardino, California.

The call by Republican presidential contender Donald Trump to ban Muslims from entering the U.S. only amplified concerns about an anti-Islamic backlash at mosques and community centers, religious leaders and organizers say. At least two mosques – one in Phoenix and the other in suburban Virginia – are working with the Department of Homeland Security to check up on the security their facilities provide for worshippers in recent weeks. Others report taking a range of steps, including hiring armed guards, because of fears that an American mosque could be a target for an attack.

Over the weekend, police arrested a 23-year-old man suspected of setting a fire at a Southern California mosque in what authorities are describing as a hate attack, following the massacre of 14 people in San Bernardino on Dec. 2 by a Muslim couple, U.S.-born Syed Rizwan Farook, 28, and his Pakistani-born wife Tashfeen Malik, 29. Authorities have not said if the suspect was motivated by the shooting. That fire set on Friday at the entrance of the Islamic Society of the Coachella Valley caused no injuries. But it charred the building's stucco front entrance and left it littered with debris.

On Thursday, the Council on American-Islamic Relations (CAIR), an advocacy group, was forced to evacuate its office on Capitol Hill after receiving a letter containing white powder. The note said, "Die a painful death, Muslims," CAIR attorney Maha Sayed said. "Our fear is at a pretty high level at this time, given the anti-Muslim rhetoric going on," Sayed said.

Given the rising tensions, some mosques say they have struggled to hire and keep security guards. In Dulles, Virginia, a suburb of Washington, D.C., with a large Muslim community center, security guards abruptly quit after the San Bernardino attacks, said Rizwan Jaka, chairman of the All Dulles Area Muslim Society. "Security guards resigned because they were fearful of getting hurt in the backlash," Jaka said. "People were concerned."

The FBI will not release data on hate crimes for 2015 until next year. Some critics, including CAIR, say the official statistics undercount reported incidents targeting Muslims. For 2014, FBI data showed that out of 1,140 victims of anti-religious hate crimes, approximately 16 percent were victims of an anti-Islamic bias. "Anecdotally, there is no question that we have had something of a flood of anti-Muslim hatred and hate crimes," said Mark Potok, a senior fellow at the Montgomery, Alabama-based Southern Poverty Law Center, a civil rights group.

The number of Muslims living in the U.S. ranges from 3 million to 7 million, making Islam the fastest growing religion in the country, according to the data released by the Association of Statisticians of American Religious Bodies and the Association of Religion Data Archives.
Last Update: Dec 15, 2015 1:22 am
RELATED TOPICS