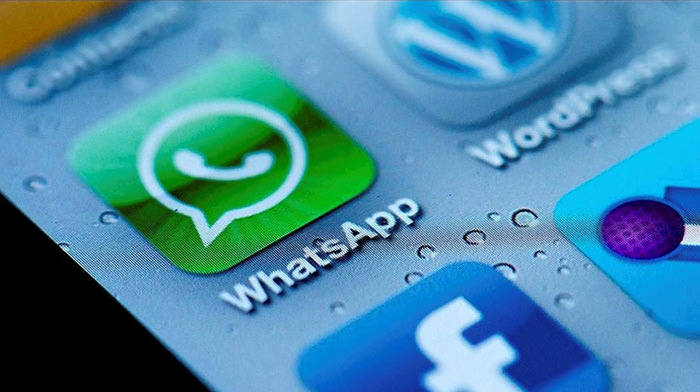 |File Photo
by Dec 17, 2015 12:00 am
A Brazilian court has ordered cellular service providers nationwide to block the popular WhatsApp smartphone application for two days until midnight Saturday, in a move roundly denounced by parent company Facebook.

The unprecedented 48-hour blockage served to implement a Sao Paulo state court order that had requested WhatsApp cooperate in a criminal investigation.

Authorities say they cannot disclose details of the criminal investigation because it is an ongoing case.

WhatsApp is causing a headaches to Brazil's telecoms because it offers a free alternative to the country's high cell phone rates, especially for youths and the poor.

The blockage took effect at midnight (0200 GMT) Thursday but it was not immediately clear if service providers would follow the order.

Facebook chief Mark Zuckerberg said "we are working hard to get this block reversed."

"This is a sad day for Brazil," he said, noting the country's history of support for an open Internet.

"I am stunned that our efforts to protect people's data would result in such an extreme decision by a single judge to punish every person in Brazil who uses WhatsApp."

He urged the court to "quickly reverse course" and asked Brazilians to echo that call.

Zuckerberg also recommended that users turn to Facebook Messenger in the meantime.

The court said WhatsApp had been asked several times to cooperate in a criminal investigation, but had repeatedly failed to comply.

A judge in Piaui state had tried but failed earlier this year to block the app.

Instant messaging service Telegram, backed by Russian entrepreneur Pavel Durov, said it had registered some 1.5 million new users in several hours due to the blockage.