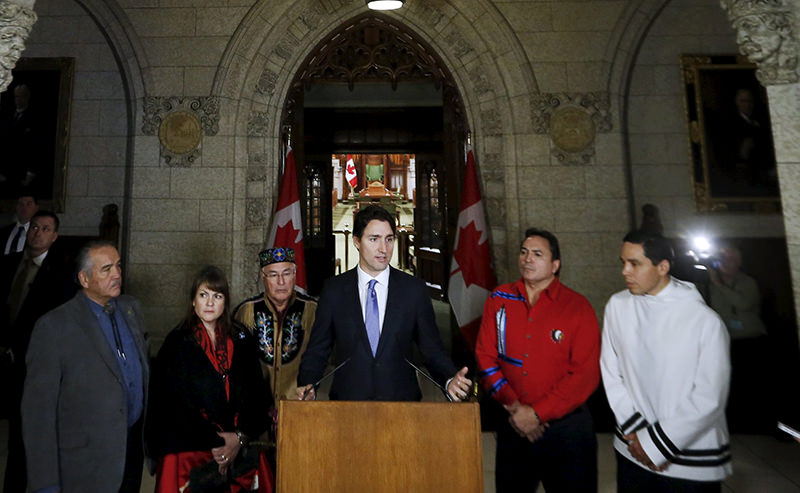 A papal apology was among 94 recommendations presented this week to Ottawa by a truth and reconciliation commission that heard testimony about the "cultural genocide" from nearly 7,000 former students.

Speaking to reporters in Ottawa, Trudeau said: "We saw Pope Francis offer apologies to indigenous communities in South America in this regard."

"I'm certainly intending to work with the Catholic Church, including with the Holy See, to move forward on implementing that recommendation to ask him directly to engage with this issue, yes," he said.

Since his election in 2013, Francis has apologized on behalf of the Church to sex abuse survivors, for the persecution of protestants in northern Italy, and for "offenses" committed against native Americas during the 16th - 19th century colonial period.

In Canada, starting in 1874, 150,000 Indian, Inuit and Metis children in Canada were forcibly enrolled in 139 boarding schools run by Christian churches -- including the Catholic Church -- on behalf of the federal government in an effort to integrate them into society.

Many survivors alleged abuse by headmasters and teachers, who stripped them of their culture and language.

The experience has been blamed for gross poverty and desperation in native communities that breeds abuse, suicide and crime.
Most of Canada's Indian Residential Schools were shut down in the 1970s. The last one closed in 1996 in Saskatchewan province.
Last Update: Dec 17, 2015 9:24 am
RELATED TOPICS