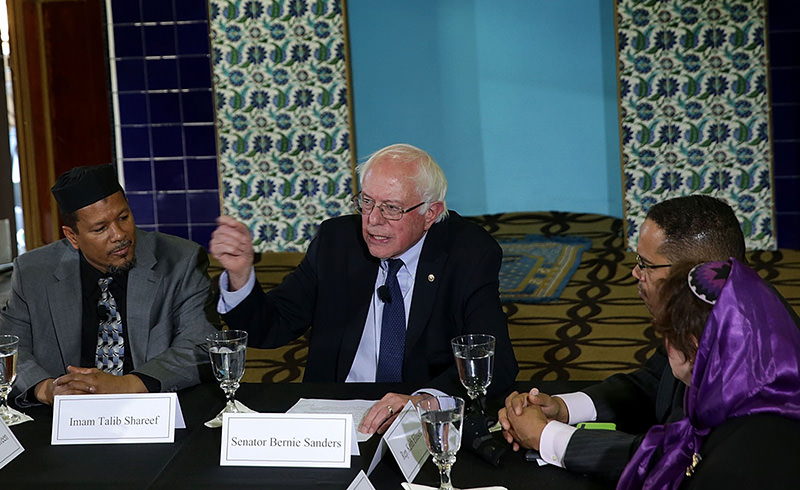 "Now, at this moment, with all of the fears and anxieties that people have about terrorism and about the economy, there are demagogues out there, people like Donald Trump, who once again are attempting to divide us up in xenophobic and racist ways," Sanders said Wednesday during a gathering of Muslim, Christian and Jewish leaders at the Muhammad Mosque.

The Vermont senator's appearance at the mosque, which is less than two miles from the White House and Congress, follows Trump's policy proposal to ban Muslims from entering the U.S., his calls for greater surveillance of mosques, and the closure of those that propagate extremist messages.

Sanders, who is the main challenger to Democratic front-runner Hillary Clinton, tied Trump's comments and other anti-Muslim rhetoric to a spike in attacks on the Muslim community in the U.S.

"Since Trump's incendiary comments, we have seen in this country, shamefully, an increase in hate speech and attacks on the Muslim-American community, and death threats directed at Rep. Andre Carson," he said.

He said that such anti-Muslim sentiments are in-line with "centuries of bigotry and discrimination, sometimes with unspeakable results".

"We must never forget what happened under the racist ideology of the Nazis, which led to the deaths of millions and millions of people, including family members of mine," Sanders, who is Jewish, said.