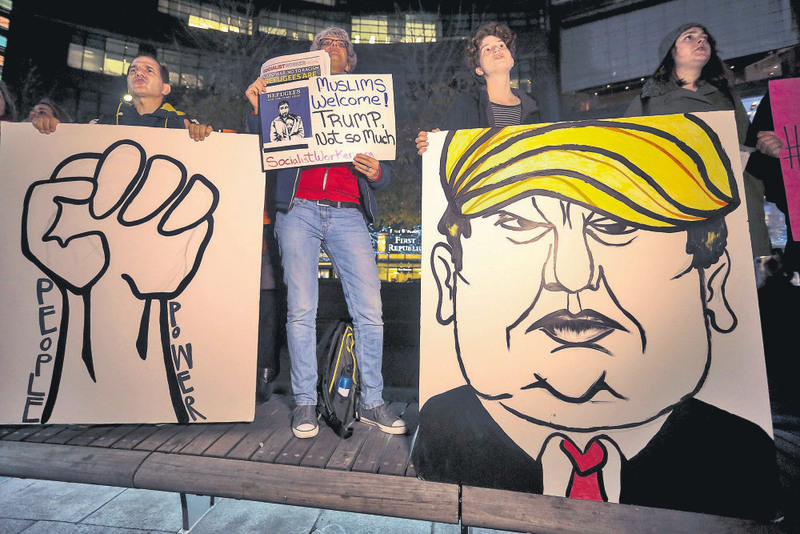 by Daily Sabah with Wires Dec 17, 2015 12:00 am
U.S. presidential hopeful Ben Carson on Tuesday called for an investigation into a leading Muslim rights group over alleged links to terrorism.

Carson's seven-point plan called on the State Department to "designate the Muslim Brotherhood and other organizations that propagate or support Islamic terrorism as terrorist organizations, and fully investigate the Council on American-Islamic Relations [CAIR] as an offshoot of the Muslim Brotherhood and a supporter of terrorism." CAIR spokesman Ibrahim Hooper responded by describing Carson as "a failing candidate grasping at straws and seeking payback for CAIR's previous criticism of his anti-Muslim bigotry and his lack of commitment to uphold the constitution." He added: "He found that Islamophobia gave him a boost in the past, so he is trying it again."

The Republican candidate previously said a Muslim should not serve as America's commander-in-chief, a role the president holds. CAIR describes itself as the largest Muslim civil rights group in the U.S.

Carson made the call just hours before candidates for the Republican presidential nomination competed in the final debate of the year. The retired neurosurgeon is vacillating between third and fourth place in national polling, according to data compiled by Real Clear Politics. He had been the main challenger to front-runner Donald Trump but has been dealt setbacks as Marco Rubio and Ted Cruz have surged. His comments come as anti-Muslim sentiment is on the rise in the U.S. following attacks in Paris and California.

Last week, Trump called for Muslims to be banned from entering the U.S. Hundreds of activists rallied last week in front of Donald Trump's hotel in midtown New York City to condemn the Republican 2016 presidential candidate's call to bar Muslims temporarily from entering the United States. Chanting "Dump Trump" and "refugees welcome," the protesters castigated Trump's comments. "We are not asking for any favors," Linda Sarsour of the Arab American Association of New York told the crowd. "We are asking for the basic respect and dignity that we all deserve here in the United States of America."

Some protesters said Trump's comments, while more explicit, were not that far removed from statements by other politicians calling for restrictions on Syrian refugees who want to settle in the United States. Others warned that Trump's divisive remarks were only intensifying a wave of Islamophobia. "The damage he's done is already very significant," said Skanda Kadirgamar, 27, citing reports of increased threats against Muslims. "Donald Trump is here to pour gasoline onto those fires."