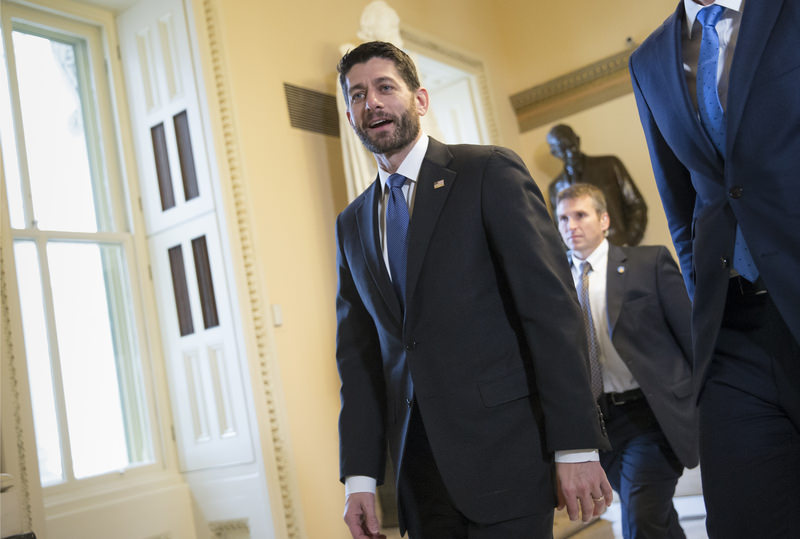 by Associated Press Dec 18, 2015 12:00 am
The House on Friday easily passed a $1.14 trillion spending bill to fund the U.S. government through next September, removing any threat of it shutting down or defaulting on debt obligations.

It's a peaceful end in the House to a yearlong struggle over the budget, taxes, and Republican demands of President Barack Obama.

Senators later easily passed the measure and sent it to President Barack Obama who was expected to sign it before leaving on vacation.

The measure gives him many of the spending increases he's demanded all year. Republican victories include the end of a four-decade ban of exporting U.S. crude oil.

In exchange for ending the oil export ban, Democrats won extensions of tax breaks for alternative power sources such as solar and wind energy.

Many on each side saw the budget deal as the best they could get under divided government. The need to win Obama's signature helped rid the measure of most of the controversial Republican provisions: killing federal money for women's health care provider Planned Parenthood, limiting the flow of Syrian refugees and undoing dozens of Obama actions on the environment, labor, financial regulation and relations with Cuba.

The measure received big majorities in the House from Republicans and Democrats. House Democratic leader Nancy Pelosi, a key negotiator, swung forcefully behind the measure after showing frustration over its lifting of oil export ban.

"They wanted big oil so much that they gave away the store," Pelosi said. But she cited successes in driving away most Republican policy proposals from the measure. Democratic also pushed through higher domestic budgets and tax breaks for working families and renewable energy.