Video captures US cops shooting dead unarmed and handcuffed man, then planting gun on him 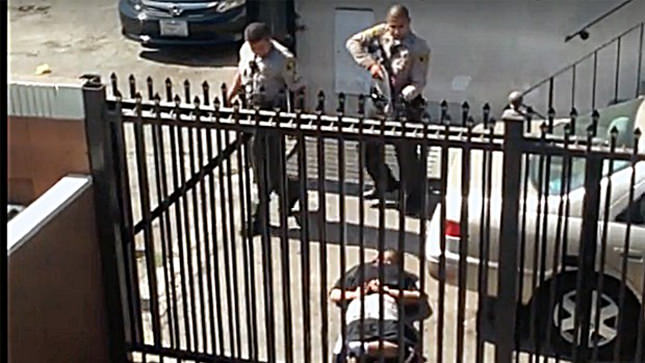 
Shocking new cellphone footage has emerged of Noel Aguilar being killed by L.A. deputies Albert Murad and Jose Ruiz in 2014.

The 23-year-old had been pulled over while riding his bike in Long Beach. The suspect is seen being handcuffed then shot five times as he lay on the floor. Deputies then shot the suspect three times in the back while he was in handcuffs.

Humberto Guizar, who is the attorney for the Aguilar family, said the video is 'clear evidence of an execution, a murder'.

Guizar also claims footage shows one of the deputies planting a weapon on the ground next to Aguilar before taking out another gun and shooting him.

Police are claiming that Aguilar had been reaching for one of the deputies' weapons while they were trying to make the arrest. But family lawyers say footage is 'clear evidence of an execution, a murder.
Last Update: Dec 21, 2015 10:28 am
RELATED TOPICS