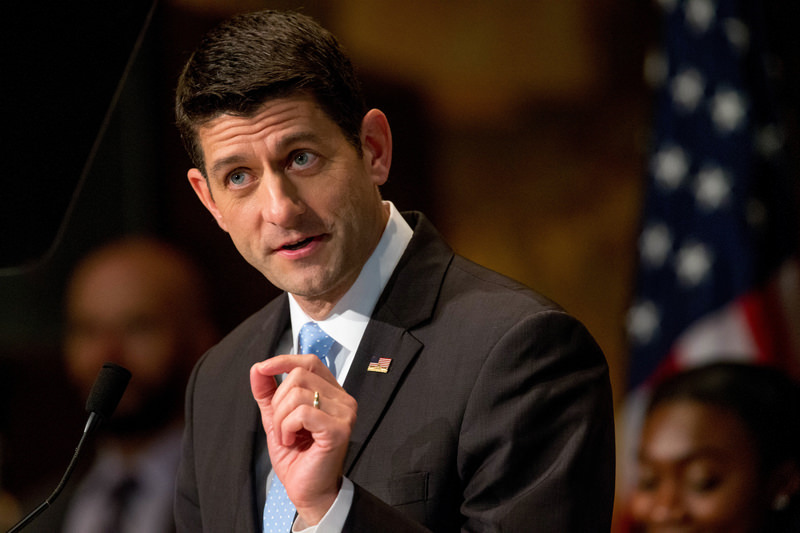 US House Speaker Paul Ryan, the top Republican in Congress, said Thursday he was not ready to support Donald Trump as the party's presumptive presidential nominee in November's general election.

"I'm not ready to do that yet," Ryan, who was the Republican vice presidential nominee in 2012, told CNN. But he added that he hoped he would be able to support Trump in the future, provided the brash billionaire is able to show leadership in unifying the party.

His comments came two days after Trump essentially clinched the nomination with a commanding win in Indiana that forced his last two opponents from the race.

Ryan said many Republicans want to see "a standard-bearer who bears our standards" and "unifies all the wings of the Republicans Party."

In the meantime, an aide to the GOP's 2012 presidential nominee confirmed that Mitt Romney is not planning to attend the convention where Donald Trump is expected to become the Republican Party's 2016 presidential nominee. The aide spoke on the condition of anonymity to share internal discussions.

Romney has been an aggressive critic of Trump. The former Massachusetts governor vowed earlier in the year that he'd rather write someone in than vote for Trump in the general election.