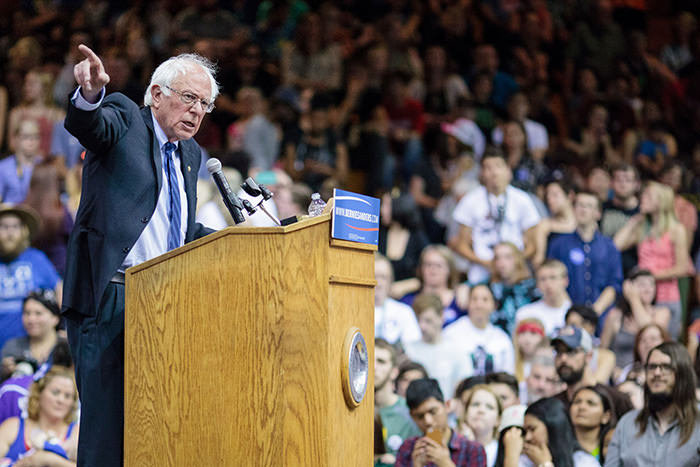 For Sanders, the victory may prove too little too late for his campaign following serious setbacks in major races across the northeast.

But he scored a major victory last week, prevailing in Indiana's state contest-the first win for the Vermont senator since being dealt a series of defeats in New York and Pennsylvania.

Sanders is less than 300 pledged delegates behind rival Hillary Clinton, but lags far behind her in superdelegates -- unelected party officials able to support the candidate of their choice.

While superdelegates can switch candidates if they choose, the former first lady and Secretary of State is just 600 total delegates short of clinching the Democratic nomination.

Vice President Joe Biden said Tuesday that he is confident Clinton will receive the Democratic nomination.

Still, with a series of polls showing Sanders has the best chance of beating the presumptive Republican nominee in the general election in November, the senator is hoping the race for the Democratic ticket is far from decided.

Unlike Sanders, Trump is in the midst of an uncontested race.

In addition to the vote in West Virginia, Republicans also voted in Nebraska on Tuesday where Trump also ran unopposed.

But even as his path to the Republican nomination seems all but clear, the party's establishment and his former opponents have yet to unify around Trump.

House Speaker Paul Ryan, the highest ranking Republican in the chamber, has opted to withhold his support, for now.

Ryan, along with Senate Majority Leader Mitch McConnell and other congressional Republicans, will meet with Trump on Thursday.