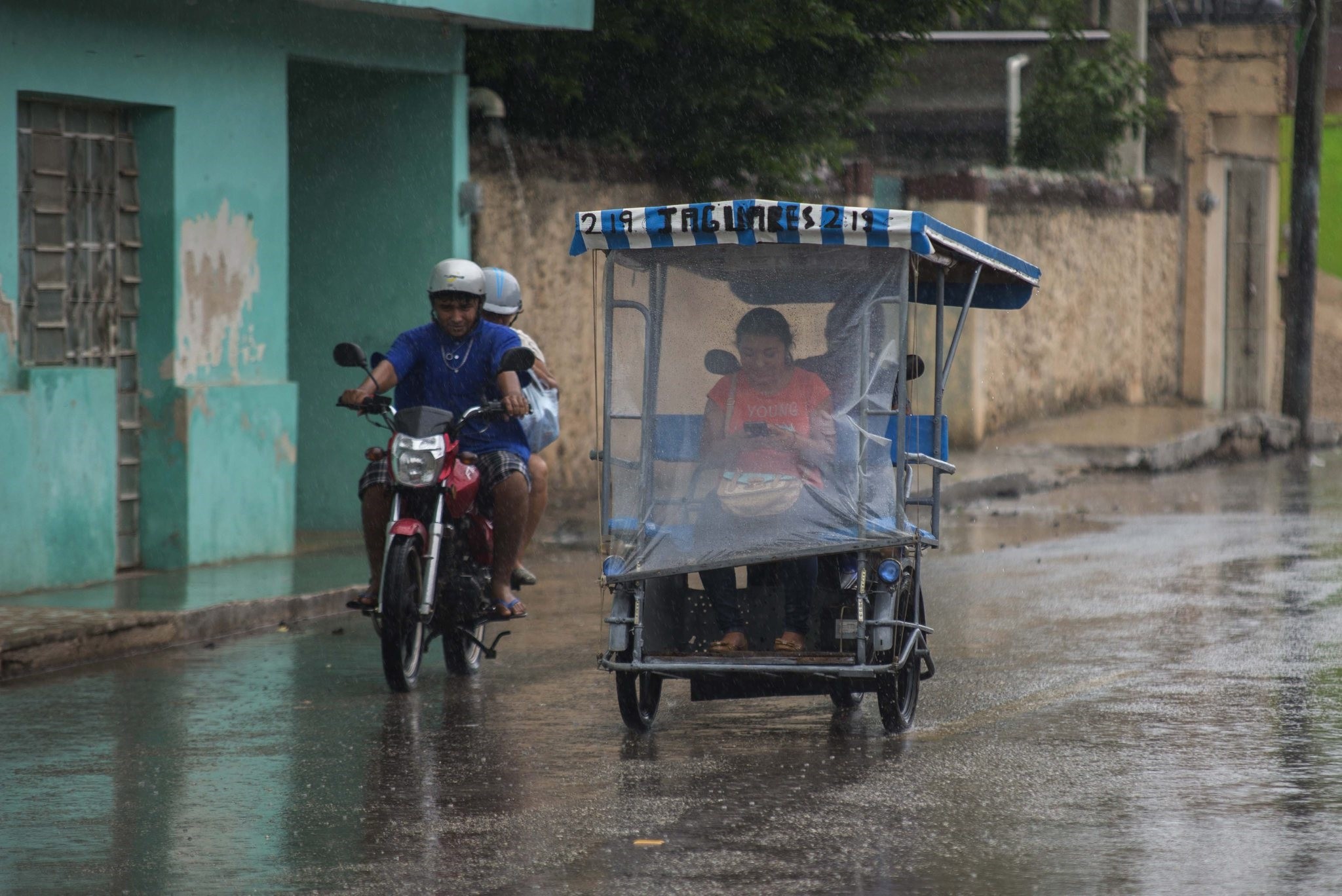 Inhabitants of Tzubcacab, in the Mexican state of Yucatan drive their vehicles during rain from tropical storm Earl, in Mexico, on 05 August 2016. (EPA Photo)
by Associated Press Aug 06, 2016 12:00 am

Officials say at least three people have died in a landslide in the eastern Mexican state of Veracruz as what had been Tropical Storm Earl dumped copious amounts of rain.

Veracruz Gov. Javier Duarte said through his official Twitter account Saturday that three people died in a landslide in the town of Coscomatepec about 62 miles (100 kilometers) south of the state capital Xalapa. Two others were injured in Xalapa.

Earl was downgraded to a tropical depression as it continued westward into the mountains of central Mexico.

Civil protection officials in Veracruz were warning residents in several areas about rapidly rising river levels and urging them to head to higher ground.

Earl struck Belize earlier this week as a Category 1 hurricane.