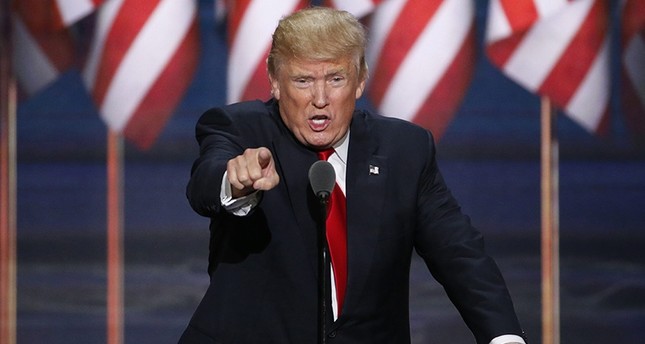 Fifty senior Republican national security officials have issued a stinging rejection of their party's White House nominee Donald Trump, warning he would be "the most reckless president in American history" if elected.

The group, some of whom already announced they would not vote for Trump, included former homeland security chiefs, intelligence directors, senior presidential advisors and a former US trade representative. They served under Republican presidents from Richard Nixon to George W. Bush.

"We are convinced that he would be a dangerous president and would put at risk our country's national security and well-being," they wrote in a statement published in The New York Times on Monday.

Their disavowal of the Republican presidential candidate was followed by another setback for Trump, when influential US Senator Susan Collins said Tuesday he was "unworthy" of America's highest elective office, and will not receive her support.

"I will not be voting for Donald Trump for president. This is not a decision I make lightly, for I am a lifelong Republican. But Donald Trump does not reflect historical Republican values nor the inclusive approach to governing that is critical to healing the divisions in our country," Collins wrote in an op-ed article appearing in Tuesday's Washington Post.

While the US security experts did not say they would vote for Democrat Hillary Clinton -- indeed they expressed "doubts" about her -- they were clear in stating that "none of us will vote for Donald Trump."

They essentially declared the brash billionaire unfit for office, echoing Clinton's criticism by saying that Trump "lacks the character, values, and experience to be president" and displays "alarming ignorance of basic facts" of international politics.

The New York real estate mogul also has shown no willingness to learn about foreign affairs or national security threats, "acts impetuously" and lacks self control, the statement said.

"He is unable or unwilling to separate truth from falsehood," the group wrote, saying Trump possesses a set of "dangerous qualities" that should disqualify him from the presidency.

"We are convinced that in the Oval Office, he would be the most reckless president in American history."

They warned that the political neophyte's "erratic behavior" has alarmed America's closest allies, adding that he fails to recognize the indispensable nature of such diplomatic relationships.

Trump issued a sharply worded reprimand of the group, painting them as "nothing more than the failed Washington elite looking to hold onto their power" and saying they should be "held accountable" for making the world less safe.

"These insiders - along with Hillary Clinton - are the owners of the disastrous decisions to invade Iraq, allow Americans to die in Benghazi, and they are the ones who allowed the rise of Daesh," Trump said.

"I offer a better vision for our country and our foreign policy -- one that is not run by a ruling family dynasty."

The anti-Trump Republicans join members of the security establishment who have already come out against the nominee, including former CIA director Michael Morell, who last Friday accused Trump of being an "unwitting agent" of Russian President Vladimir Putin.

Collins, who represents the state of Maine in the US Senate, was no less scathing about Trump in her opinion piece -- particularly with regard to his bullying of those less powerful and less prominent.

"I have become increasingly dismayed by his constant stream of cruel comments and his inability to admit error or apologize," the US senator wrote.

"But it was his attacks directed at people who could not respond on an equal footing -- either because they do not share his power or stature or because professional responsibility precluded them from engaging at such a level -- that revealed Mr. Trump as unworthy of being our president."

Share on Facebook Share on Twitter
Previous in Americas The young son of a Kansas state lawmaker died Sunday on a water slide... Next in Americas Wealthier countries including the United States and Australia score...
DAILY SABAH RECOMMENDS