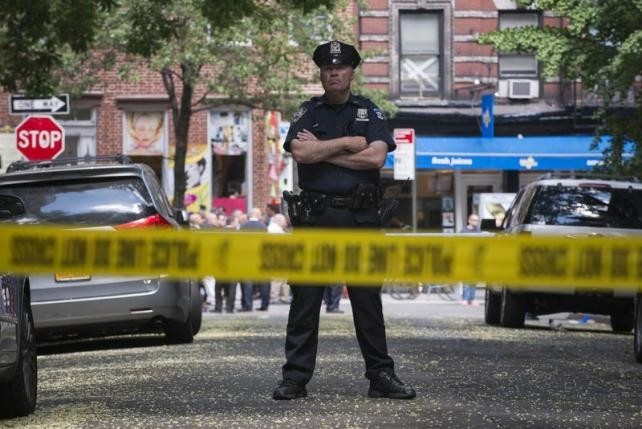 A candidate for Rhode Island poet laureate said he was racially profiled and unjustly arrested by a Providence police officer.

Christopher Johnson, who is black, wrote in an essay for Motif Magazine last week that he was stopped by a police officer while walking home from a bus stop in May. A police report said the two argued before Johnson pushed the white police officer's arm away and "attempted to overpower" him.

Johnson was arrested and awaits trial on charges of simple assault, resisting arrest and disorderly conduct. Johnson's lawyer said he committed no crimes.

Johnson wrote in the essay that he was returning from a concert and was just a short distance from home when a police cruiser pulled up to him after making a U-turn. The patrolman, Matthew Sheridan, said in a police report that he asked for Johnson's name and where he was going to check on his well-being.

"I told him if he does not give me a reason for the stop I do not have to give him my name," Johnson wrote. "He exited his vehicle and blocked my path to my house. I tried to get around him and he grabbed me."

Johnson said the officer threw him against the car. The police report said the car door was dented after Sheridan tried to gain control of Johnson.

Police Maj. Thomas Verdi said that he can't talk about what happened because of Johnson's pending charges.

"It was a street encounter," Verdi said Friday. "I'm not going to comment on the legalities of the encounter or the physical procedures."

He said Wednesday that as far as he knew nothing has changed since Friday when he said there was no internal investigation into Johnson's arrest because no one filed a civil complaint.

Johnson is a spoken-word artist who has performed around the country. A biography on the website of the Rhode Island State Council on the Arts describes him as a poetry slam champion and says his work blends hip hop, traditional storytelling and theater. He was commissioned to write a poem about Providence for the city's 375th birthday.

His lawyer said he is unable to comment because he is "offline completely" until next week. Court records show he traveled to a summer artists' colony in Arizona.

A spokeswoman for Democratic Gov. Gina Raimondo said her office is considering about 20 candidates for state poet. Rhode Island's last poet laureate stepped down in January to take a teaching position in California.

"An arrest would not preclude someone from being named to the position," spokeswoman Marie Aberger said in a statement. "We'd look at all the other experiences and qualifications for the position, along with the seriousness of the alleged offense, the circumstances surrounding it and the outcome."

Johnson's arrest is the latest this year to attract public scrutiny to police officers using physical force in the predominantly Latino and black neighborhoods of the city's South Side. Less than a week after Johnson's arrest, cellphone video captured a police officer dragging and punching a woman. The city's public safety commissioner and police chief are now investigating that encounter after video surfaced publicly several months later.

The city has considered equipping its police officers with body cameras after an eight-week trial with the cameras concluded this summer. Verdi said wearing cameras could play a "vital role" in resolving disputes about how police officers acted.

Johnson's lawyer, Shannah Kurland, said the city will need more than cameras to address what she describes as a systemic pattern of bad police behavior.

"This is our community," she said. "Our neighborhoods are not someplace for these guys to go around acting like cowboys."