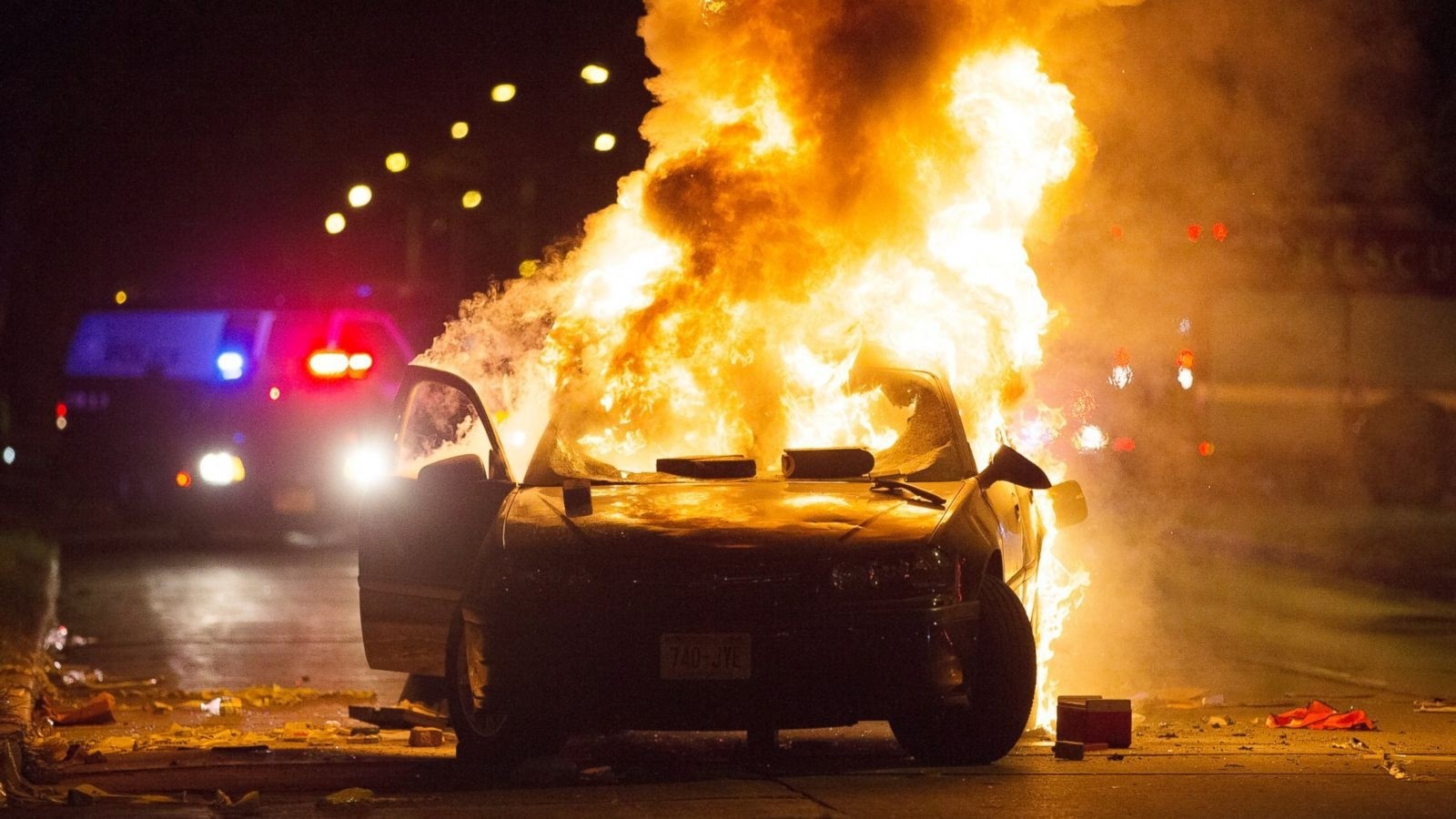 Milwaukee was on edge Sunday after angry crowds took to the streets, throwing rocks and torching buildings in protest over a deadly police shooting in this midwestern U.S. city.

The latest violence comes after several police officers have been targeted and shot dead across the nation in recent weeks following an outcry over the deaths of unarmed African Americans at the hands of police.

Police said they tried to disperse the crowd of at least 200 protesters. Shots were fired, apparently in the air.

One officer was taken to hospital being hit in the head by a brick thrown through a squad car window. Protesters also broke the windows of an unoccupied squad car and torched another, police said.

They also set fire to a gas station, with firefighters saying they were unable to put out the blaze while gunshots were being fired.

At least three people were arrested.

The protests were triggered by an incident which took place during the afternoon when two police officers stopped a car, and the two suspects inside fled on foot.

"During the foot pursuit, one officer shot one suspect, armed with a semiautomatic handgun" who then died at the scene, the Milwaukee Police Department said in a statement.

The victim was described as a 23-year-old local man with a "lengthy arrest record," with police saying the handgun he was carrying had been stolen during a burglary in March.

Mayor Tom Barrett said the suspect was shot twice, once in the chest and once in the arm.

The fatal shooting sparked a protest, and during the evening, the situation "deteriorated", Barrett said.

"Things got out of hand."

The ensuing confrontation also saw protesters start fires at other businesses, including a bank, a beauty supply company and an auto parts store, the Milwaukee Journal Sentinel reported.

At 2:20 am (0720 GMT), police said they were restoring order to the area and reducing deployments.

"There are a lot of really, really good people who live in this area... who can't stand this violence and they want order restored," Barrett told reporters, as he pleaded for calm.

The United States has been on edge for weeks following shootings targeting police officers in several cities, among them Dallas and Baton Rouge, Louisiana.

Those attacks followed anger among the black community over the fatal shooting of African American suspects by white police in Minnesota and Louisiana.

Local official Khalif Rainey, who represents the area where the Milwaukee disturbances took place, called the violence a "warning cry."

"This entire community has sat back and witnessed how Milwaukee, Wisconsin, has become the worst place to live for African Americans in the entire country," he was quoted as saying.