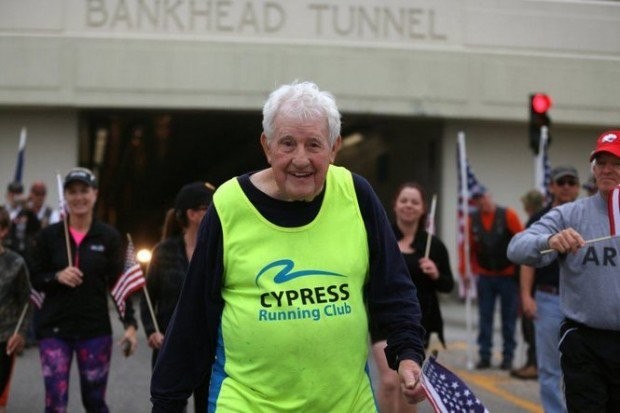 It took him nearly three years, but 93-year-old Ernie Andrus has made it across America.

The World War II veteran dipped his toes in the Atlantic Ocean on Saturday morning after jogging across the country to help raise money to return a WWII-era ship in Indiana to Normandy, France, for the 75th anniversary of the D-Day landing. Andrus was a medic on a similar ship during the war.

Local media reports Andrus was surrounded by hundreds of people including family members and friends who have joined him at different parts along his journey.

He began his trek in California on Oct. 7, 2013 and finished on a beach on St. Simon's Island in Georgia. He turned 93 on Friday.