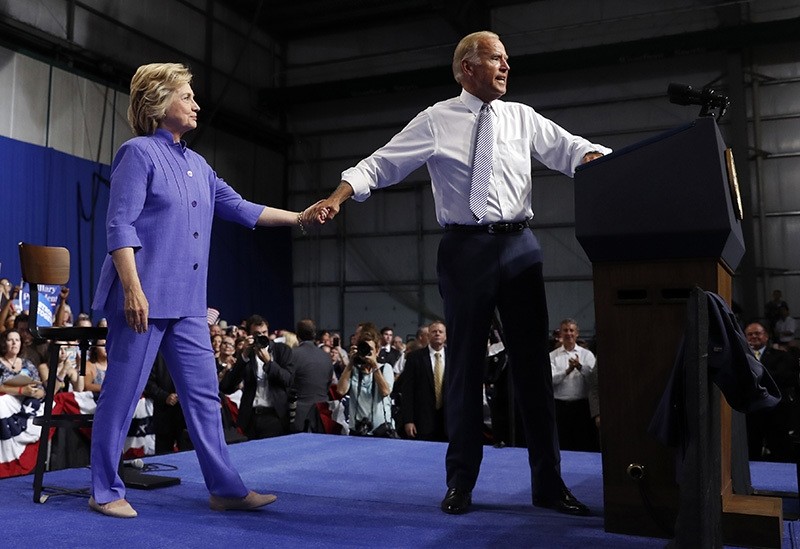 Hillary Clinton's campaign is yet to respond to a report about a donation made by key Gülenist coup imam Adil Öksüz to a super PAC supporting the Democratic nominee as the U.S. voters are getting more discontent with Clinton's ongoing lackadaisical approach.

The report published by USA Today on Tuesday revealed that Öksüz created a fictitious company called Harmony Enterprises in New Jersey in 2010 and gave $5,000 to the Ready for Hillary PAC on June 27, 2014, the only donation the company has made up until now, campaign finance records show.

While the Clinton campaign did not provide a response to USA TODAY's questions about the donations, the some of the American voters were irritated on Clinton's unresponsive attitude towards her alleged ties with the Gülen movement.

One of the commenters to the piece suggested that the citizens should send IRS letters demanding the donations to the Clinton foundations should be investigated while others accused the foundation of becoming a shadow government.

"Gulen charter schools take millions in American taxpayer money to operate its schools, hires unqualified teachers to do the teaching "job", skimps on resources for students. Where do the rest of the millions in tax dollars go? In Gulens pocket and to fund his secret "missions". The American public better wise up to how its tax dollars are being spent." One of the comments read.

However, most of the readers found Clinton campaign's silence ordinary, saying that for a person who did not even supply emails when ordered, it was quite normal for her not to supply further information about Gülen's donations.

Meanwhile, Clinton's side is dealing with another report which can add pressure to her possible ethics challenges if elected president. According to a review of department calendars released so far, more than half the people outside the government who met with Hillary Clinton while she was secretary of state gave money to the Clinton Foundation — either personally or through companies or groups.

At least 85 of 154 people from private interests who met or had phone conversations scheduled with Clinton while she led the State Department donated to her family charity or pledged commitments to its international programs.

The frequency of the overlaps fuels perceptions that donations were a key to gaining face time with Clinton.

Öksüz, an assistant professor at Sakarya University who was detained at the command center where Chief of General Staff Hulusi Akar and force commanders were held hostage on July 15, registered a company called Harmony Enterprises in New Jersey in 2010, according to state corporate records and made only one donation up until now, which is to the Ready for Hillary PAC on June 27, 2014, USA TODAY reported.

The company website suggests it is a paper manufacturing business, but the address listed on the corporate records is actually a used car lot on a highway in Lodi, N.J. Harmony's phone number is disconnected.

According to the report, the Harmony's donation was one of a half-dozen donations made to Ready PAC that same day totaling more than $62,000 from Turkish Americans in and around Lodi. Much of that money came from companies that no longer exist or may have never existed, or from donors who cannot be located, campaign and corporate records show.

Most of the donors have clear ties to the Gülenist Terror-cult (FETÖ), led by Fethullah Gülen, who lives on a compound in the Pennsylvania countryside.

Referred to as the 'black box' of the Gülenist Terror-cult (FETÖ), Öksüz reportedly acts as the 'air force leader' of FETÖ.

They face heightened scrutiny after being accused of masterminding last week's failed coup attempt to topple the democratically elected government of Turkey.

Since 2013, Gülenists declared war on Turkey with three coup attempts, through their agents who have infiltrated Turkish state institutions including the judiciary, police, military and civil service.

FETÖ is designated as a national threat and terrorist organization, is accused of a long sheet of crimes, the latest being the July 15 coup attempt.

They already face jail for illegal wiretapping of thousands of people, sham trials to imprison Gülen Movement's critics, money laundering, blackmail, extortion and forgery through infiltrators within the police, judiciary, bureaucracy and military.