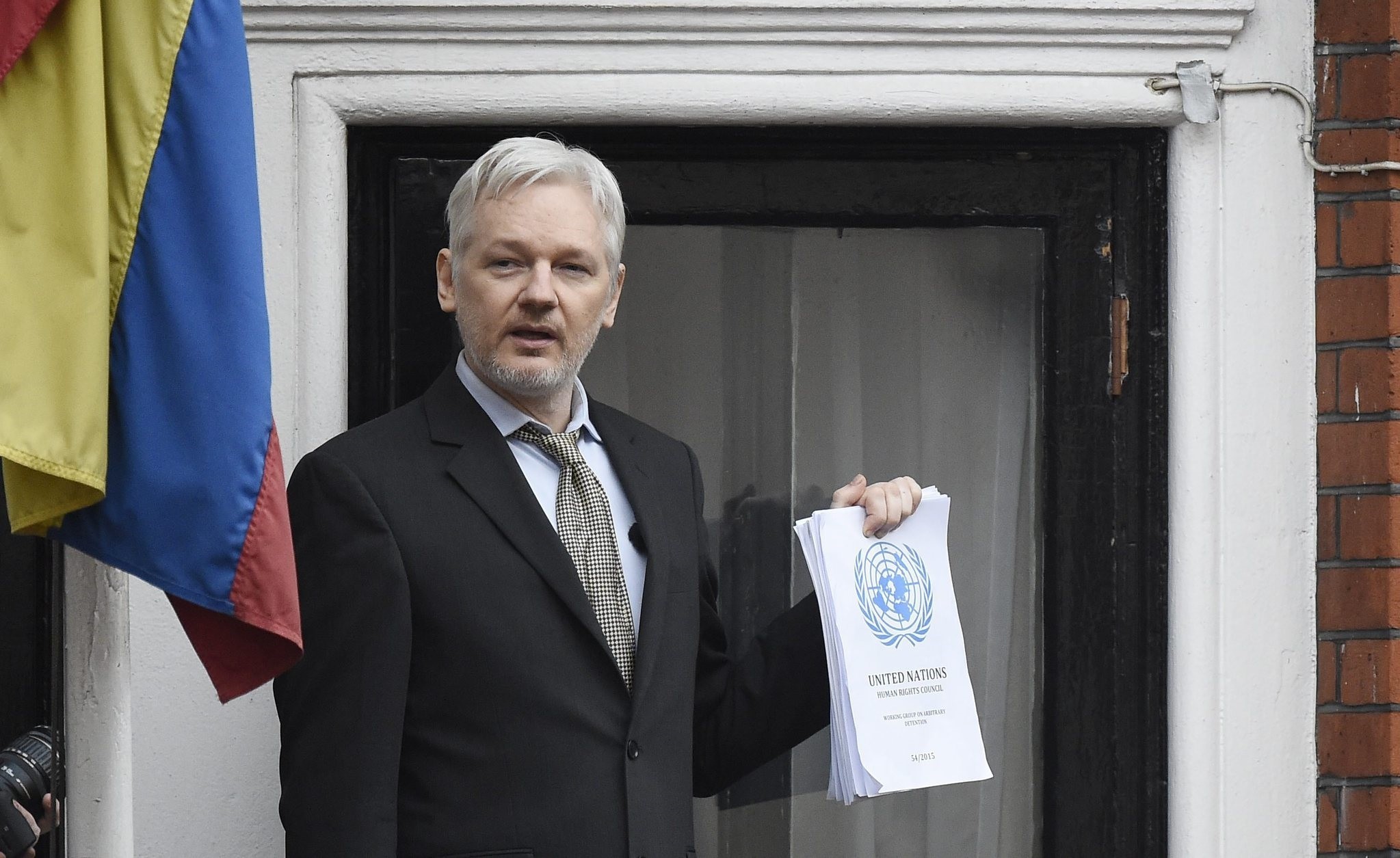 A file picture dated 05 February 2016 shows Julian Assange speaking to the media from a balcony of the Ecuadorian Embassy in London, Britain. (EPA Photo)
by Compiled from Wire Services Aug 25, 2016 12:00 am

WikiLeaks founder and editor-in-chief Julian Assange said on Wednesday his organization planned to release "significant" information linked to the campaign of Democratic presidential nominee Hillary Clinton before the Nov. 8 election.

Asked if the data could be a game-changer in the election, the Australian told Fox News in an interview conducted by satellite: "I think it's significant. You know, it depends on how it catches fire in the public and in the media."

Assange has been living in the Ecuadorean Embassy in London for five years to avoid extradition to Sweden, where he faces sexual assault accusations. He denies the allegations.

WikiLeaks released files in July of what it said were audio recordings pulled from the emails of the Democratic National Committee that were obtained by hacking its servers.

That release, during the Democratic National Convention where Clinton was officially named the party's presidential nominee, was the second batch in a series that deeply rattled the party and prompted the committee's chairwoman, Debbie Wasserman Schultz, to step down.

"I don't want to give the game away, but it's a variety of documents, from different types of institutions that are associated with the election campaign, some quite unexpected angles, some quite interesting, some even entertaining," Assange said when asked how the next revelations would compare with those in July

WikiLeaks publishes leaked material, mostly from governments. In 2010, the organization published classified U.S. military and diplomatic documents in one of the largest information leaks in U.S. history.

Its library is growing day by day, with half a million files from the U.S. Democratic National Committee, Turkey's governing party and the Saudi Foreign Ministry added in the last year or so. But the library is also filling with rogue data, including computer viruses, spam, and a compendium of personal records.

Initially conceived as a Wikipedia-style platform for leakers, WikiLeaks' initial plan was for a "worldwide community of informed users" to curate the material it released wholesale, according to the site's now defunct question-and-answer page. Prominent transparency advocate Steven Aftergood privately warned Assange a few days before the site's debut that the publish-everything approach was problematic.

Those concerns were heightened after WikiLeaks published a series of documents leaked by U.S. Army intelligence analyst Bradley Manning, now known as Chelsea, in 2010. The publication provided explosive evidence of human rights abuses in Iraq and Pakistani cooperation with the Taliban in Afghanistan — among many other revelations — but it also led to allegations that civilians in war zones had been endangered.