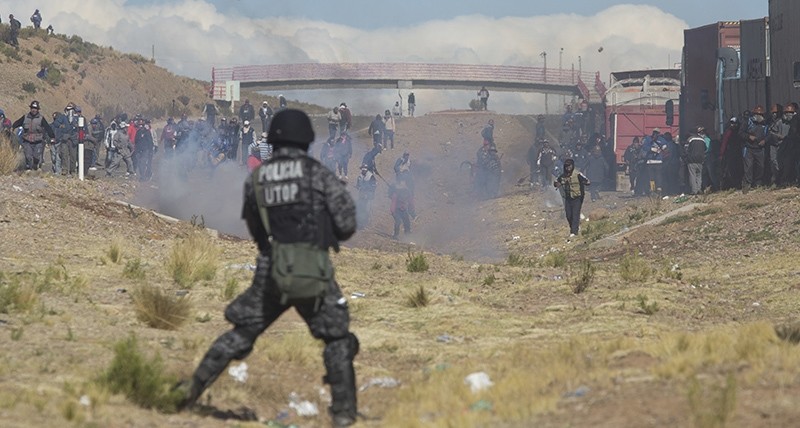 Independent miners clash with the police as they run from clouds of tear gas during protests in Panduro, Bolivia, Thursday, Aug. 25, 2016 (AP Photo)
by Compiled from Wire Services Aug 26, 2016 12:00 am

Striking miners in Bolivia kidnapped and beat to death the country's deputy interior minister after he traveled to the area to mediate in the bitter conflict over mining laws, officials said.

"All signs indicate that our deputy minister, Rodolfo Illanes, has been cowardly and brutally murdered," Interior Minister Carlos Romero told a press conference. 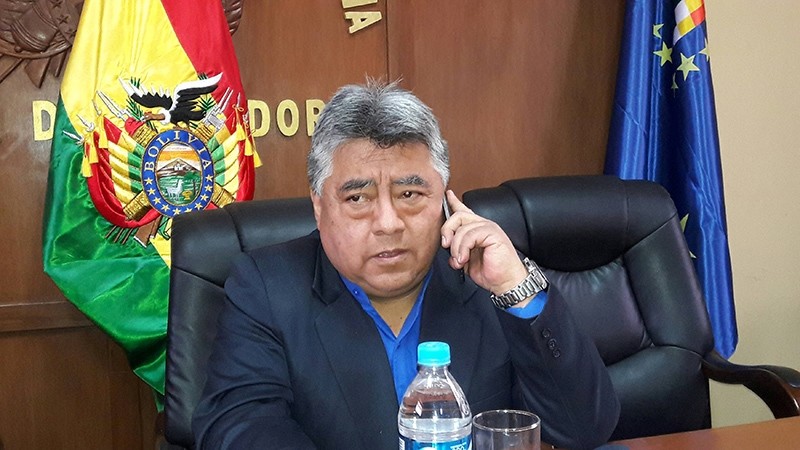 Illanes had gone to the protesting miners' blockade in the western highland town of Panduro, before being kidnapped and then killed by his captors.

Illanes had earlier told local media by telephone that "I am in very good health... safeguarded by peers, so people do not hurt me."

But reports later said the government official was dead, citing a radio station director who said he saw Illanes's body.

In a separate statement, Defense Minister Reymi Ferreira said that about 100 to 120 arrests had been made and that the ringleaders who had "violently" killed Illanes had been identified.

"This act cannot go unpunished, and must be taken to court," Ferreira said.

The miner demonstrations turned violent this week after a highway was blockaded, with protestors demanding mining concessions and the right to work for private or foreign companies.

Two workers died on Wednesday, according to the country's national federation of miners, but the government has only recognized one death.

After days of clashes with police over control of the road, the miners had agreed with the government to start negotiating Friday morning on condition they open the route.