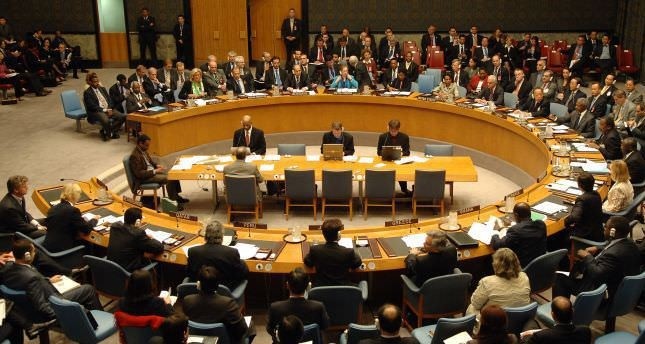 The council met behind closed doors two days after the Bogota government and rebel representatives announced they had reached a final peace deal to end decades of conflict.

The United Nations intends to set up a special mission in the South American country to monitor the ceasefire, help disarm the rebels and verify compliance with the peace deal.

The council "reiterated its commitment to supporting implementation of the ceasefire agreement, cessation of hostilities and the laying down of arms through the UN political mission in Colombia," said Malaysia's Deputy Ambassador Siti Hajjar Adnin, whose country holds the council presidency this month.

Council members "warmly welcome" the peace deal that will be submitted to a nationwide referendum on October 2 and congratulate Colombians, she added.

British Deputy Ambassador Peter Wilson said the council is considering the "next steps" to support the peace process.

The new UN mission for Colombia will be led by French national Jean Arnault and made up of 450 observers deployed in some 40 sites across the country.

A first group of observers, mostly from Latin America, has already arrived in Colombia to verify the disarmament and monitor the ceasefire.

Under the peace deal, the FARC will begin moving its estimated 7,000 fighters from their jungle and mountain hideouts into disarmament camps set up by the United Nations.

The FARC will then become a political party and its weapons will be melted down to build three peace monuments.

Special courts will be created to judge serious crimes committed during the conflict.