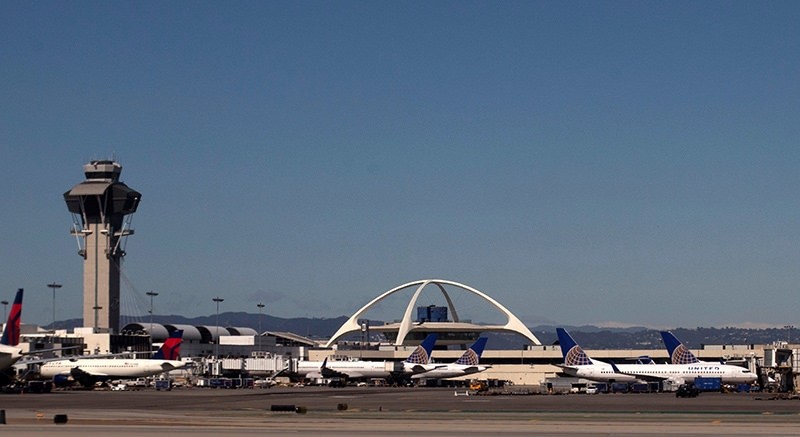 United Airlines planes are seen in the foreground of the Los Angeles International Airport (LAX) and its air traffic control tower on February 20, 2013. Picture taken on February 20, 2013 (Reuters File Photo)
by Compiled from Wire Services Aug 29, 2016 12:00 am

Los Angeles Police say no gunman has been found and no shots were fired at Los Angeles International Airport after reports of an active shooter brought a scare to hundreds of travelers.

Los Angeles police spokesman Andy Neiman said Sunday night that the reports were spurred by loud noises only, and police are still investigating to find the source of them.

The reports caused people to pour on to sidewalks and out on to the tarmac at the airport.

Later, people could be seen walking back into the airport and flights starting to take off again.

Earlier on Sunday night the police said in a tweet they were searching the airport and that all precautions were being taken to ensure the public's safety. "Remain calm," the post on Twitter said.

The airport said on Twitter that the departure and arrival levels of the Central Terminal Area were closed and advised passengers to contact airlines to check the status of any flights.

At this point, no confirmation of shooting can be verified. @LAAirportPD working to confirm reports.