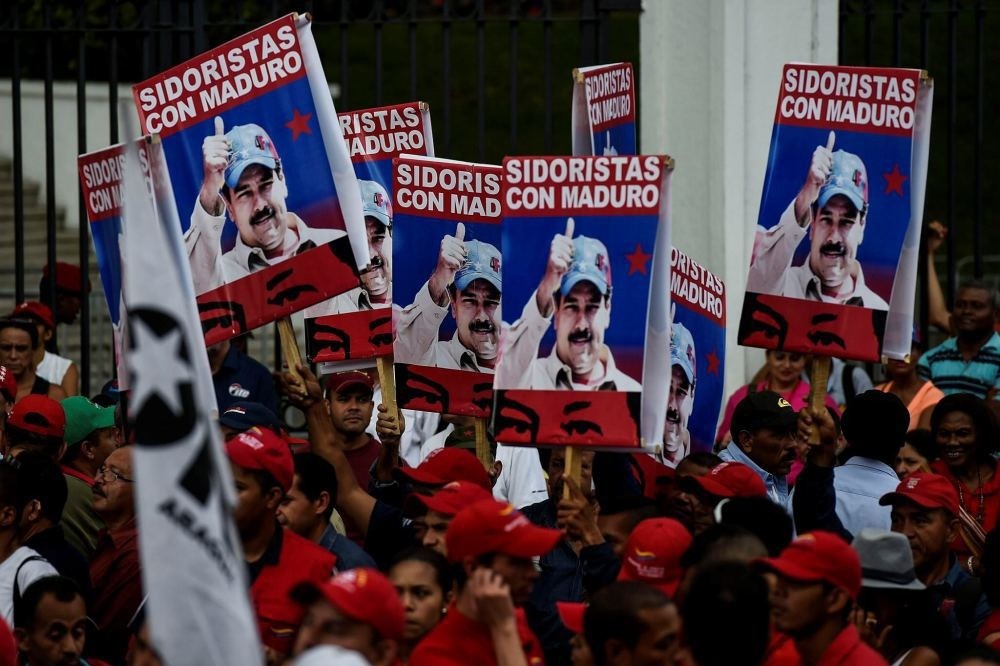 Venezuela has accused the United States and the country's political opposition of planning a coup for Thursday, the day that government opponents have called for a march to demand a recall vote against President Nicolas Maduro.

The Foreign Ministry's North America agency issued a statement Monday protesting U.S. State Department spokesman John Kirby's call for the release of the jailed former mayor of San Cristobal, Daniel Ceballos, who was taken from his home early Saturday by state intelligence agents and moved back to prison in central Guarico state. He had been under house arrest.

The socialist government said Ceballos was planning to flee before the Thursday protest in Caracas and carry out violent acts to destabilize the country. But the move alarmed the opposition, Washington and human rights groups who consider him a political prisoner.

"The brand and authorship of the coup being planned for September 1, 2016, in Venezuela, in collusion with the anti-democratic opposition and international right, has become clear...," said a North America office statement published on the Foreign Ministry's website. It said President Barack Obama's government "is seeking to destabilize Venezuela and the region in its final days to legitimize its imperial plans against peace and the development of the people."

Thursday's opposition march will be to pressure authorities to allow a recall referendum to go ahead. A successful "yes" vote this year would cut short Maduro's term and trigger a new election.

The 32-year-old Ceballos was the leader of a wave of anti-government protests in San Cristobal that rocked Venezuela in early 2014, leading to more than 40 deaths.

He was initially arrested along with several other activists of his Popular Will party, including opposition leader Leopoldo Lopez. Ceballos has already served a 12-month sentence for disobeying a government order to remove barricades during the protests but still faces civil rebellion charges. He had been in prison but was allowed house arrest after having kidney problems.

He won a congressional primary from behind bars last year but authorities later barred him from holding public office. His wife then won by a landslide in an election to succeed him.

The U.S.-backed opposition has made the release of Lopez, Ceballos and dozens of other activists it considers political prisoners a key demand. Maduro considers the activists dangerous coup-plotters.
Last Update: February 02, 2020 12:41