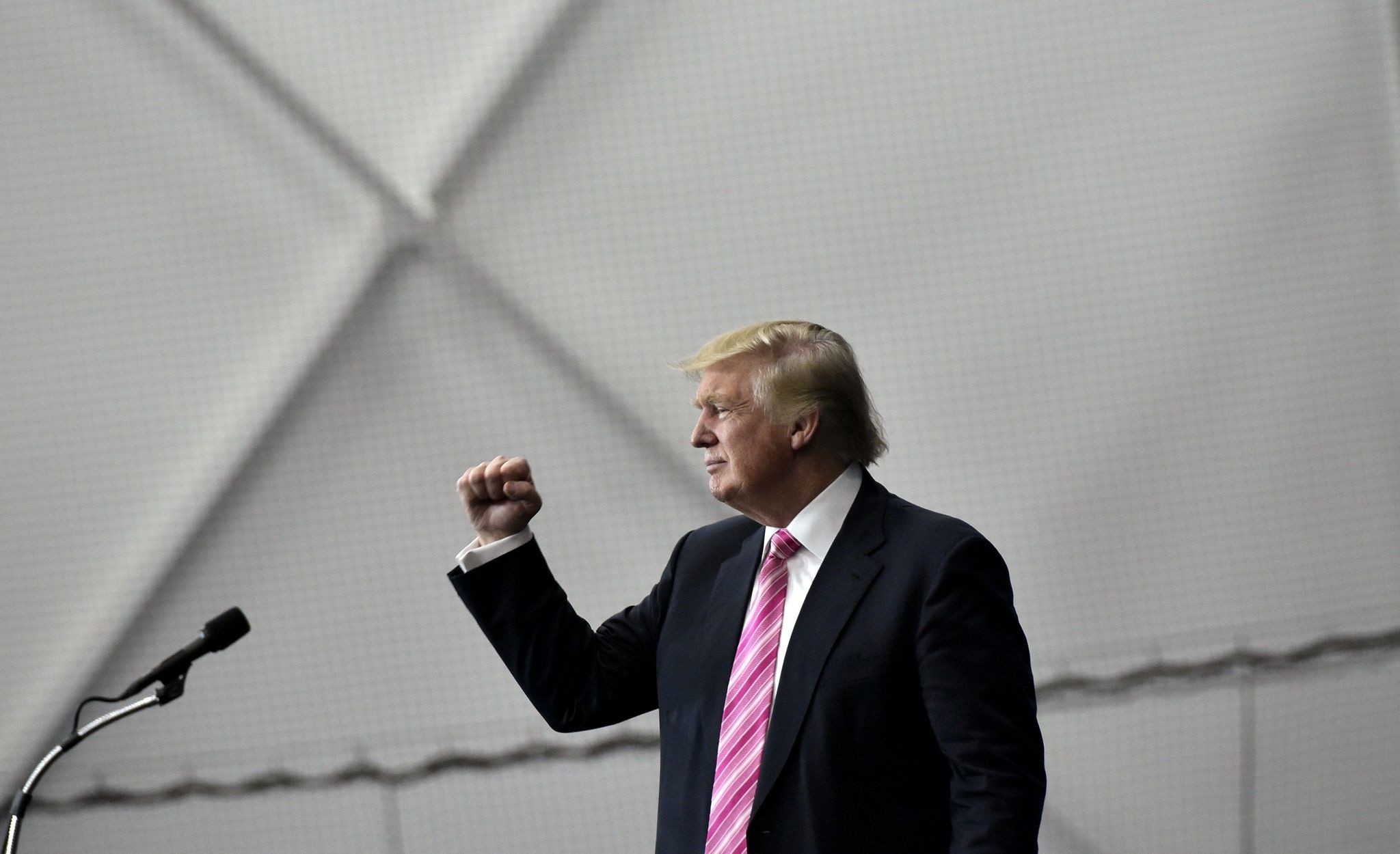 Donald Trump may or may not have paid federal income taxes for years after losing nearly $916 million. But if he did avoid paying taxes, he's a "genius" at taking advantage of a loophole-ridden law, his supporters said Sunday.

The New York Times on Sunday published "a very, very good story for Donald Trump," Chris Christie said on "Fox News Sunday." Rudy Giuliani called him an "absolute genius" on ABC's "This Week." And Trump himself weighed in, saying he was singularly qualified to fix a system he may have exploited.

"I know our complex tax laws better than anyone who has ever run for president and am the only one who can fix them," Trump tweeted on Sunday, just five weeks ahead of the election.

Democrats said Trump's nearly $916 million loss in one year pokes holes in his claim to be a champion for working, tax-paying Americans.

Even as the story was published, the candidate and his surrogates were engrossed in an effort to change the subject from his feud with 1996 Miss Universe Alicia Machado and his middle-of-the-night tweet storm on the subject. On Saturday night in Manheim, Pennsylvania, Trump questioned Hillary Clinton's loyalty to her husband and imitated her near-faint on Sept. 11 after being diagnosed for pneumonia.

The New York Times report sheds light on some of the billionaire's tax returns after Trump's campaign refused to release any such documents, breaking with 40 years of presidential campaign tradition. Clinton has publicly released nearly 40 years' worth, and Trump's running mate, Indiana Gov. Mike Pence, has released 10 years of his tax returns.

Trump has said his attorneys are advising him to keep his tax returns private until a government audit is completed. IRS Commissioner John Koskinen told a House committee Sept. 21 that people under IRS audit are free to release their returns or IRS letters informing a person they're being audited.

In a story published online late Saturday, the Times said it anonymously received the first pages of Trump's 1995 state income tax filings in New York, New Jersey and Connecticut. The filings show a net loss of $915,729,293 in federal taxable income for the year.

That Trump was losing money during the early to mid-1990s — a period marked by bankruptcies and poor business decisions — was already well established. But the records obtained by the Times show losses of such a magnitude that they potentially allowed Trump to avoid paying taxes for years, possibly until the end of the last decade.

His campaign said that Trump had paid "hundreds of millions" of dollars in other kinds of taxes over the years.

Trump's allies defended him during appearances on the Sunday news shows.

Giuliani, former New York mayor, said Trump "had some failures and then he built an empire" and called the businessman "a genius at how to take advantage of legal remedies that can help your company survive and grow."

"Don't you think a man who has this kind of economic genius is a lot better for the United States than a woman, and the only thing she's ever produced is a lot of work for the FBI checking out her emails," Giuliani told ABC's "This Week."

In a separate interview on NBC's "Meet the Press," Giuliani noted that "poor" people take advantage of similar "loopholes," referring to the millions of Americans who aren't required to pay federal income taxes each year because their incomes are too low.

Clinton's primary rival, Sen. Bernie Sanders, who made wealth inequality a top campaign issue, said that assuming Trump's tax strategy was legal, "what it tells you is you have a corrupt tax system which says to ordinary people, you're supposed to pay your taxes. But if you're a billionaire, there are all kinds of loopholes that you can utilize that enable you ... not to pay anything in taxes."

Clinton's campaign manager, Robby Mook, used the Times story to needle Trump about not releasing his tax returns and contending during his first debate with Clinton that not paying federal income taxes would show he was "smart."

Mook said in a statement Saturday: "Now that the gig is up, why doesn't he go ahead and release his returns to show us all how 'smart' he really is?"

In its story, the Times said the three pages of documents were mailed last month to a Times reporter who had written about Trump's finances. A postmark indicated they had been sent from New York City and the return address claimed the envelope had been sent from Trump Tower, the newspaper said.

Trump's campaign did not directly address the authenticity of the excerpts from Trump's tax filings. Former Trump accountant Jack Mitnick, whose name appears as Trump's tax preparer of the filings, confirmed their authenticity, the newspaper reported.