Trump tape has 'shaken me to my core', Michelle Obama says 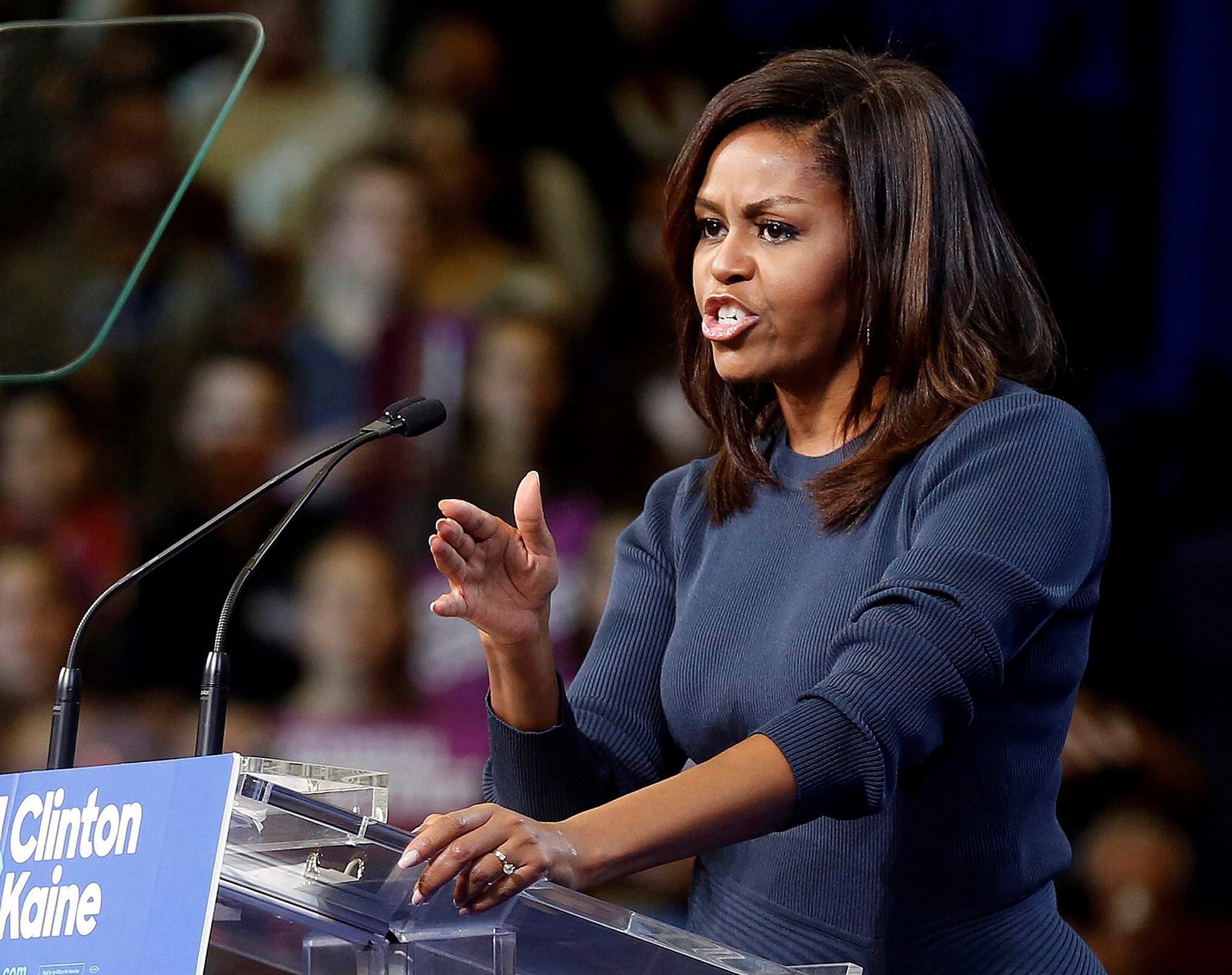 Michelle Obama said Thursday she has been "shaken" to the core by comments that GOP Republican nominee Donald Trump made in which he is heard on a 2005 tape bragging about assaulting women because he is famous.

Speaking at campaign rally in New Hampshire for Democratic nominee Hillary Clinton, Obama called the comments "shocking and demeaning." She also dismissed suggestion that they were simply "locker room talk," saying they were affront to all women, parents and every citizen in United States.


"I can't stop thinking about this. It has shaken me to my core in a way that I couldn't have predicted," the first lady said. "So while I would love nothing more than pretend that this isn't happening and come out here and do my normal campaign speech, it would be dishonest and disingenuous to just move onto the next thing like this was all a bad dream. This is not something we can ignore."

Obama said the comments made by Trump are part of a long history of demeaning women.

Obama went onto say that this was not something that should be dismissed, adding that women were hearing these comments and recollecting painful memories of when they were harassed in their offices or sexually assaulted.

The GOP nominee has lost support in New Hampshire following the release of a 2005 video in which Trump is heard bragging about how his fame allowed him to "do anything" to women. Sen. Kelly Ayotte said over the weekend that she no longer plans to vote for him.