Status of US First Lady in focus after Trump travel order 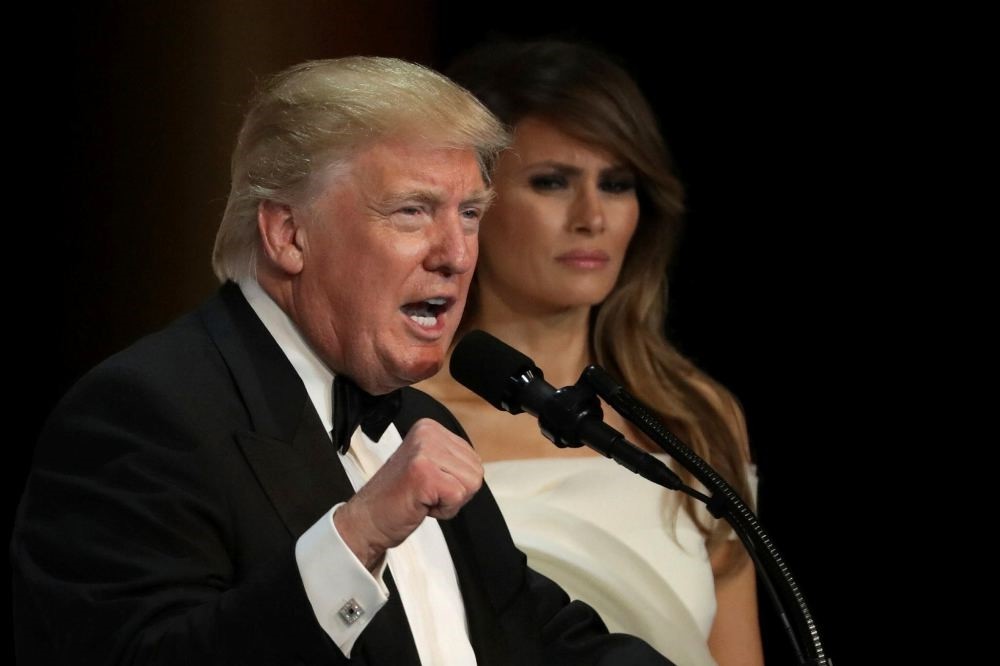 U.S. President Donald Trump speaks as his wife First Lady Melania Trump looks on during A Salute To Our Armed Services Inaugural Ball at the National Building Museum on Jan. 20.
by Daily Sabah with Wires Feb 02, 2017 12:00 am

He pointed out that the White House did not disclose whether the immigration documents of the First Lady were legal. "We only know that the documents that Melania Trump chose to present were reviewed by a lawyer," Skinner said.

The first lady, who gained a Green Card in 2001, became a U.S. citizen after five years. Melania stated that she came to the country legally and did not act against any refugee law.

Born Melanija Knavs in nearby Novo Mesto in 1970, the new U.S. first lady grew up in Sevnica while Slovenia was part of the Communist-ruled former Yugoslavia. She left in her 20s to pursue a modeling career. The last time she is believed to have visited Slovenia was in July 2002, when she introduced Donald Trump to her parents at the lakeside Grand Hotel Toplice in the resort town of Bled.

From married couples to mothers and daughters, President Donald Trump's executive order banning refugees from certain countries has created profound uncertainty for families in America and abroad. Many refugees in the U.S. had expected to reunite with their relatives any day, but will now have to wait.

Mohamed and her husband arrived in Georgia in mid-January but are now separated from their 20-year-old daughter, who planned to fly to the U.S. this week but is now unable to leave a refugee camp in Kenya. Mohamed says she's appealing to the first lady because she's a mother and "knows the love that a parent has for their child."

The five, who are commissioned by the United Nations, said in a statement issued in Geneva on Wednesday that Trump's executive order signed last week is "clearly discriminatory" and leads to greater stigmatization of Muslims.

The five U.N. special rapporteurs are François Crépeau on migrants; Mutuma Ruteere on racism; Ben Emmerson on human rights and counter-terrorism; Nils Melzer on torture and Ahmed Shaheed on freedom of religion. They cited U.S. obligations to protect the principles of "non-refoulement" – or not chasing away people who have a right to protection – and nondiscrimination based on race, nationality or religion. They said the United States' responsibility "must extend to offering refuge" to people fleeing Iraq and Syria, citing U.S. participation in conflicts in those countries.
RELATED TOPICS