Meteor lights up the night sky over Illinois and Wisconsin 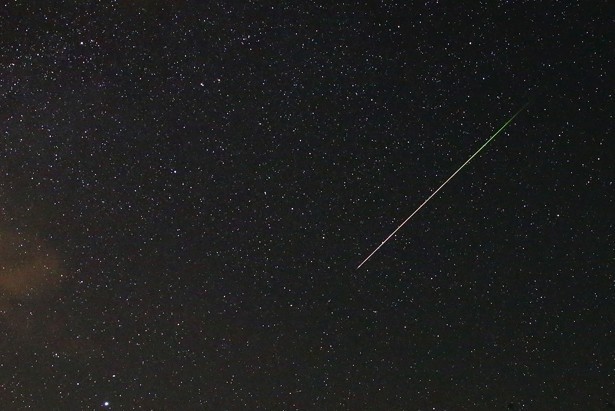 |Reuters Photo
by Feb 07, 2017 12:00 am
A meteor plummeted in a fireball over Lake Michigan early on Monday, lighting up the night sky in bright blue just before scattering over the lake in many pieces, according to a police video and an expert's description.

Meteor lights up the night sky over Illinois and Wisconsin https://t.co/admxikYuif pic.twitter.com/lwObekb9o4

Lisle, Illinois, police officer Jim Dexter recorded the meteor's descent on the dash camera of his patrol car at 1:25 a.m.

Aside from Lisle, which is less than 30 miles (48 km) east of Chicago, and other parts of Illinois; witnesses reported seeing the meteor from Wisconsin, Michigan and as far away as New York state and the Canadian province of Ontario, according to a description on the website of the American Meteor Society.

The meteor's fiery descent is likely to rank as one of the most spectacular events of its kind anywhere in the world this year, Mike Hankey, operations manager for the society, said by telephone.

The meteor broke apart into pieces of rock and metallic dust that descended in a cloud onto Lake Michigan, Hankey said. No one is reported to have been injured by debris, he said.