Trump meets his supporters among US sheriffs at the White House 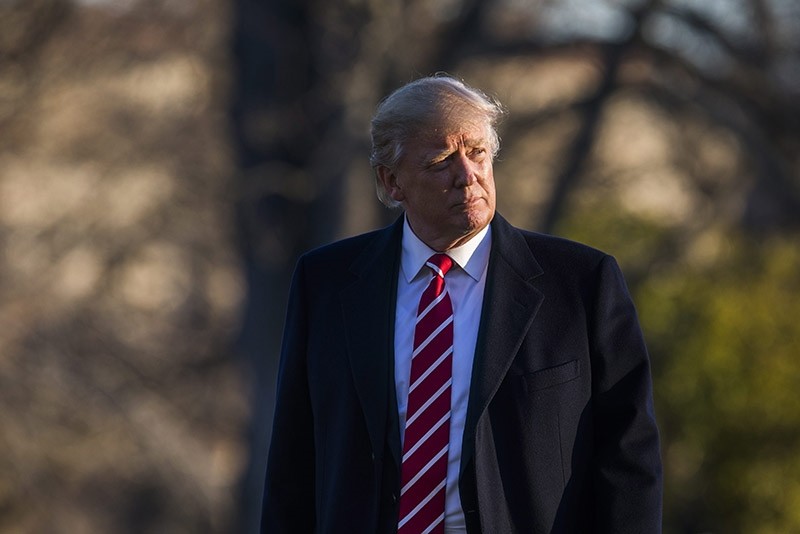 U.S. President Donald Trump invited nearly a dozen sheriffs, most of whom are his supporters, to the White House on Tuesday morning to discuss his latest executive orders on immigration and other law enforcement issues.

Among the White House guests is a Wyoming sheriff who claimed that 'Muslim terrorists' were crossing the Mexico border to the U.S, and a Milwaukee sheriff who previously suggested that Trump had triggered a "patriot spring", comparing it to the pro-democracy Arab Spring in the Middle East.

The meeting is expected to last around 45 minutes to an hour, a spokesman for the National Sheriff's Association (NSA) told Huffington Post.

The spokesman also stated that the mental health of inmates in jails and a program that allows federal government to transfer military supplies to local law enforcement were on the agenda of the invited sheriffs.

A complete list of attendees, who were chosen specifically by the NSA and White House officials, will be released, along with a transcript of the meeting, after it has concluded, the NSA spokesman added.

U.S. sheriffs can play a key role in prioritizing different immigration policies. They can decide, for example, to which extent they are to cooperate with federal immigration authorities, including whether to hold undocumented immigrants in jail for much longer than their initial charges.

The National Sheriff's Association, which leans towards conservative views and represents more than 3,000 elected U.S. sheriffs, is also expected to conduct its winter meeting in D.C. this week. The group is known to have praised Trump for his "strong support for law enforcement" after his election.