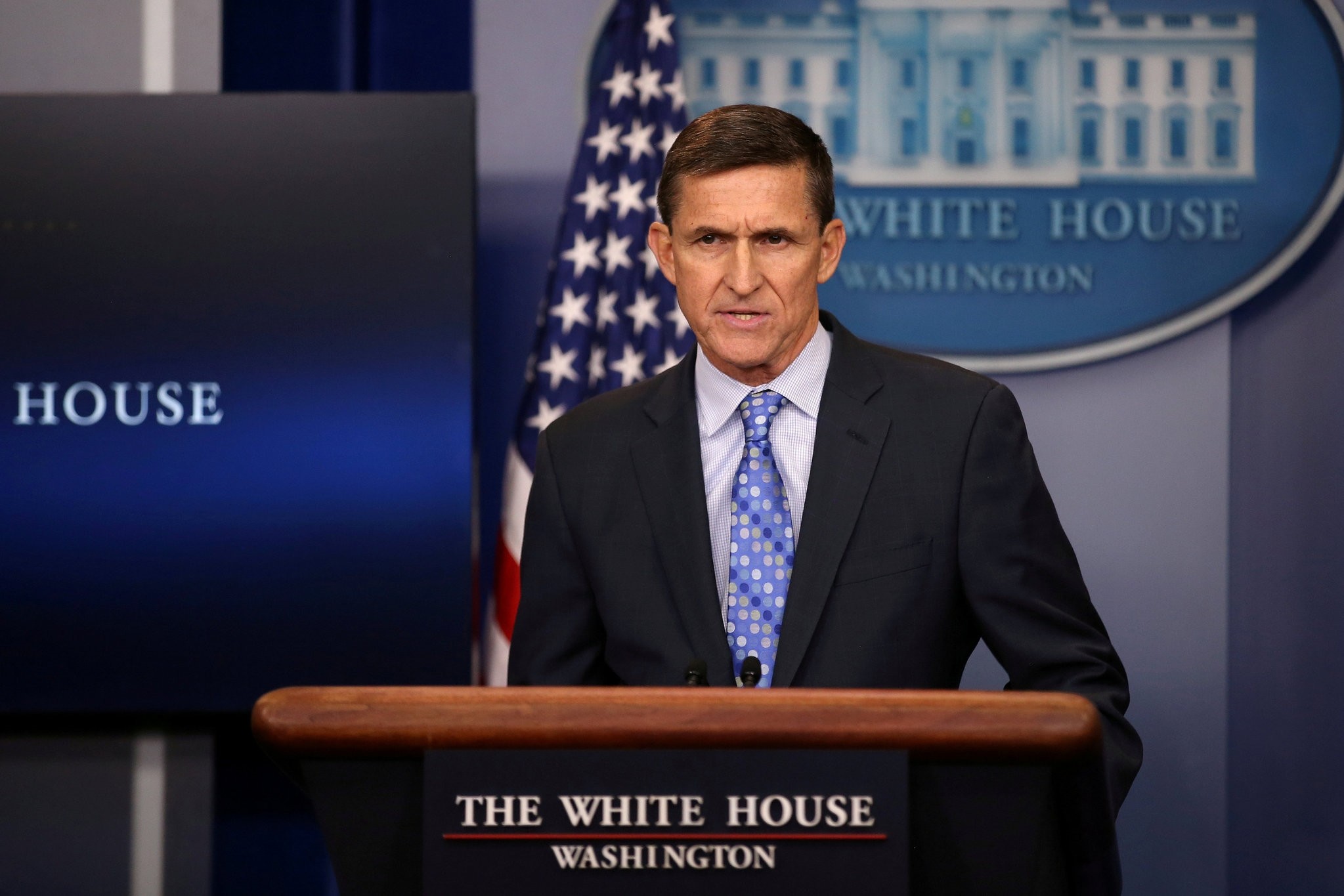 Michael Flynn delivers a statement daily briefing at the White House in Washington, Feb 1, 2017. (REUTERS Photo)
by Compiled from Wire Services Feb 14, 2017 12:00 am

"What I am calling for is an independent investigation with executive authority to pursue potential criminal actions," Schumer told reporters, saying such a probe could not be led by U.S. Attorney General Jeff Sessions or White House lawyers.

Congressman Adam Schiff of California, the top Democrat on the House Intelligence Committee, also made the same call, calling for an "independent commission" to probe connections between Trump's presidential campaign and Moscow, including Flynn's activities.

"The bigger question here is was this later contact of Flynn ... part of a long series of contacts," Schiff told broadcaster MSNBC.

Michael Flynn quit on Monday after only three weeks in the job amid revelations that he had discussed U.S. sanctions on Russia with Moscow's ambassador to the United States before Trump took office, in a potentially illegal action, and had later misled Vice President Mike Pence about the conversations.

Flynn reportedly discussed lifting the sanctions with Russian Ambassador Sergey Kislyak on December 29, the same day that then-president Barack Obama announced the measures in response to Russia-linked hacking against the Democratic Party.

Flynn, a retired US Army general, said that he "inadvertently" gave then vice president-elect Mike Pence and others "incomplete information" about those talks.

White House lawyers had been reviewing the situation since being notified last month by the Justice Department that Flynn might have made misleading statements about his talks with Kislyak. The talks were found to be "not a legal issue," Spicer said.

In Moscow, Russian politicians reacted to the resignation as damaging to the still delicate relationship with Washington, despite Trump's previous promises to de-escalate tensions with Moscow.

"A national security advisor having to resign over his contacts with the Russian ambassador is not even paranoia, but something much worse," Konstantin Kosachev, head of the Russian upper house of parliament's international affairs committee, wrote in a post on his Facebook page.

"For the hawks in Washington, even preparedness for dialog with the Russians is seen as a 'thought crime,' in the words of the eternal George Orwell."

Kosachev's counterpart in the lower house, Alexei Pushkov, tweeted that "the target was not Flynn, however, but relations with Russia."

Like Trump, Flynn supported better relations with Russia. He has appeared numerous times on Russian state broadcaster Russia Today (RT), and once sat next to Russian President Vladimir Putin at a dinner in Moscow.