Canadian court rules in favor of 16,000 Aboriginals taken from families 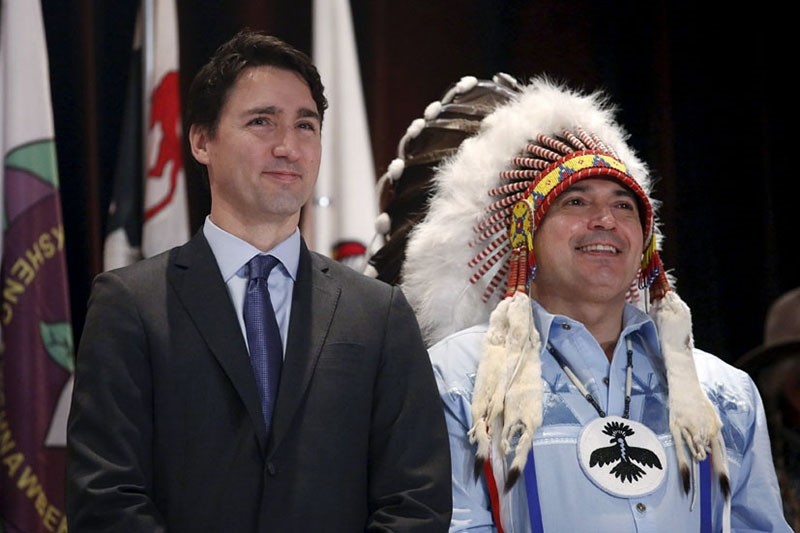 | Reuters File Photo
by Compiled from Wire Services Feb 15, 2017 12:00 am
A Canadian court ruled on Tuesday that the government breached its duty of care to thousands of aboriginal children that were removed from their communities over nearly two decades, paving the way for what could be a costly payout from Ottawa.

The class action suit, which was launched eight years ago, sought C$1.3 billion ($994.87 million) on behalf of about 16,000 Ontario aboriginal children who were removed from reserves and placed in non-aboriginal homes from 1965 to 1984 under a federal-provincial agreement.

The plaintiffs in the case argued that the children's loss of aboriginal identity caused issues including mental disorders, substance abuse and suicide.

Minister of Indigenous Affairs Carolyn Bennett said the government would not appeal the decision and that the government wanted to sit down with survivors by the end of the month to discuss a settlement.

It was known as the "Sixties Scoop," and federal aboriginal minister Carolyn Bennett told the House of Commons earlier this month that it was a "dark and painful chapter" in Canada's history, CTV television news reported.

It was a concerted effort by the province of Ontario and the federal government to erase the children's cultural heritage under a so-called child protection service program, according to the Indigenous Foundations of the University of British Columbia.

Prime Minister Justin Trudeau, elected over a year ago, made improving Canada's relationship with its natives one of his key election promises.

Canada's aboriginals, who make up about four percent of the country's population, experience higher levels of poverty and incarceration and have a lower life expectancy than other Canadians, while they are more often victims of violent crime and addiction.

"Children have the right to speak their language and stay connected to their heritage," he said in a statement. "Today's decision is a step towards reconciliation." ($1 = 1.3067 Canadian dollars)
Last Update: Feb 15, 2017 2:52 pm
RELATED TOPICS