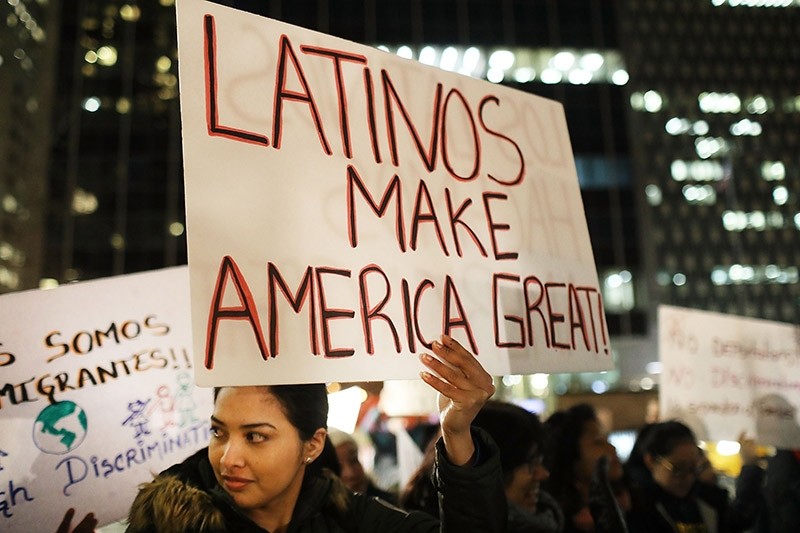 People, many of whom are undocumented, attend a Valentines Day rally organized by the New York Immigration Coalition called ,Love Fights Back, on February 14, 2017 in New York City. (AFP Photo)
by Associated Press Feb 15, 2017 12:00 am

Organizers in cities across the U.S. are telling immigrants to miss class, miss work and not patronize businesses Thursday.

"A Day Without Immigrants" is meant to show how critical they are to the U.S. economy and the country's way of life. Actions are planned in cities including Philadelphia, Washington, and Austin, Texas.

It comes in response to President Donald Trump's administration. Trump has pledged to increase deportation of undocumented immigrants, build a wall along the Mexican border, and ban people from certain majority-Muslim countries from coming into the U.S. He has blamed high unemployment on immigration.

Organizers in Philadelphia say they expect hundreds of workers and families to participate. They say the action will also demonstrate the potential effect of massive immigration raids in the city.