At least 19 dead, 23 injured after bus flips over in Argentina 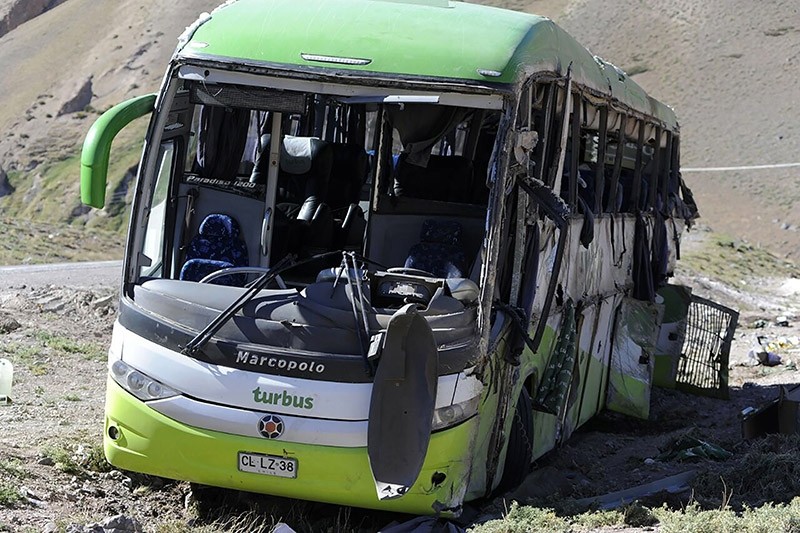 A view of the bus that overturned, leaving at least 19 of the 40 passengers dead and more than 20 injured, near the town of Uspallata in the western Argentine province of Mendoza on February 18, 2017. (AFP Photo)
by Associated Press Feb 18, 2017 12:00 am

A passenger bus has flipped over on an Andean highway in Argentina, killing 19 of the 42 people aboard, police said Saturday.

Another 23 people were injured in the accident about 745 miles (1,200 kilometers) west of the Argentine capital.

There were 40 passengers and two drivers in the vehicle when the accident occurred.

The bus was traveling from the Argentine city of Mendoza to Santiago, Chile, just after midnight Saturday on Route 7 near the Aconcagua Provincial Park that includes the highest mountain in the Americas.

Survivors were quoted by the Clarin newspaper in Buenos Aires as saying that the bus was traveling at a high rate of speed when it went into a curve.

Some of the injured were transported to the local community of Uspallata for medical care, while others were taken to the provincial capital of Mendoza.

The highway was closed for several hours, but later opened up to traffic.