World hopes for clarity of US foreign policy under Tillerson 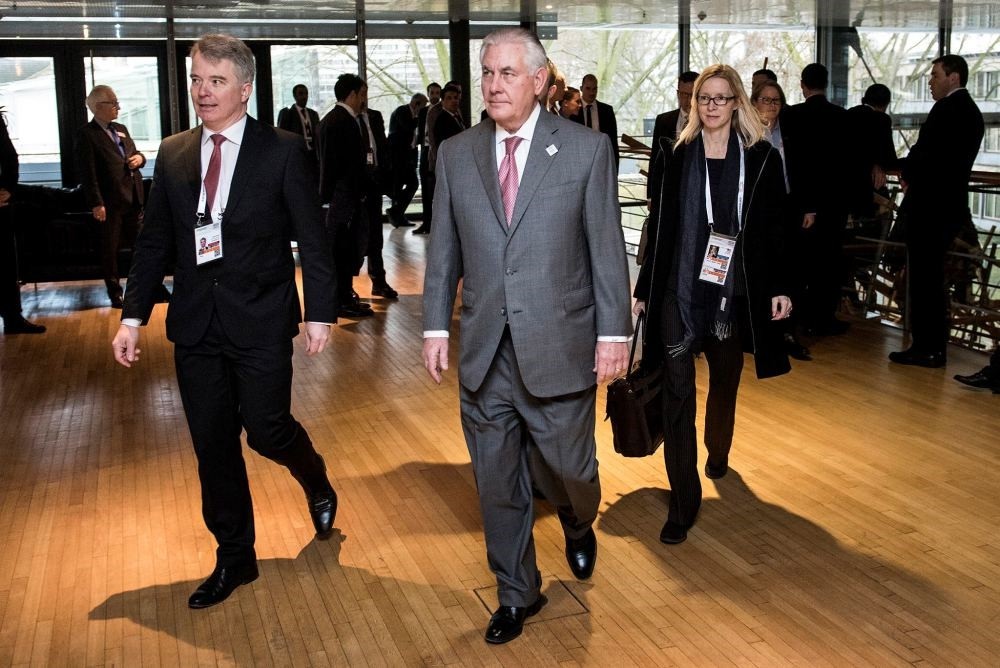 U.S. Secretary of State Rex Tillerson walks to a meeting on Syria at the World Conference Center in Bonn, western Germany, Feb.17.
by Daily Sabah Feb 18, 2017 12:00 am

Rex Tillerson, former ExxonMobil CEO turned secretary of state, was the most sought-after man at the G20 Munich Security Conference. After meeting with his Russian counterpart, Sergei Lavrov, Tillerson told the press, "The United States will consider working with Russia when we can find areas of practical cooperation that will benefit the American people" and called on the Kremlin to "honor its commitment to the Minsk agreements and work to de-escalate violence in Ukraine."

The comments came after President Trump had tweeted: "Crimea was TAKEN by Russia during the Obama Administration. Was Obama too soft on Russia?"

Furthermore, Tillerson reaffirmed America's commitment to its allies; however, he also said, "Where we do not see eye to eye, the United States will stand up for the interests and values of America and her allies," re-iterating President Trump's "America First" policy. The statements come after Four-Star General James Mattis, now secretary of defense, met with German Defense Minister Ursula von der Leyen at the Pentagon a week ago.

President Trump had expressed concerns about the functionality of the North Atlantic Treaty Organization (NATO) in the modern era and had criticized the bloc, saying that U.S. allies were "not paying their fair share" to the military alliance.

He later appeared to be more confident in NATO, as the organization introduced new policies to combat global terrorism.

In her meeting with Mattis, Von der Leyen said that countering terrorism was a "key priority" for both nations.

Mattis served alongside German allies in Afghanistan and Iraq. He expressed his respect for the German military, wearing a German-American flag on his lapel; he went on to say he has a "high regard for Germany as an ally ... It's always stood the test of time, the test of any challenge."

The G20 and Munich conferences came after the news that Michael Flynn resigned from his position as national security adviser at the request of President Trump. Lavrov declined to comment on the situation, saying to the press, "You should know we do not interfere in the domestic matters of other countries."

The Munich Defense Conference began its life as an unofficial meeting between German and American partners in 1963; however, after Brexit, Trump's election to the White House, the fall of traditional parties and the rise of more nationalist, populist parties, the atmosphere at the conference is very different than in previous years.