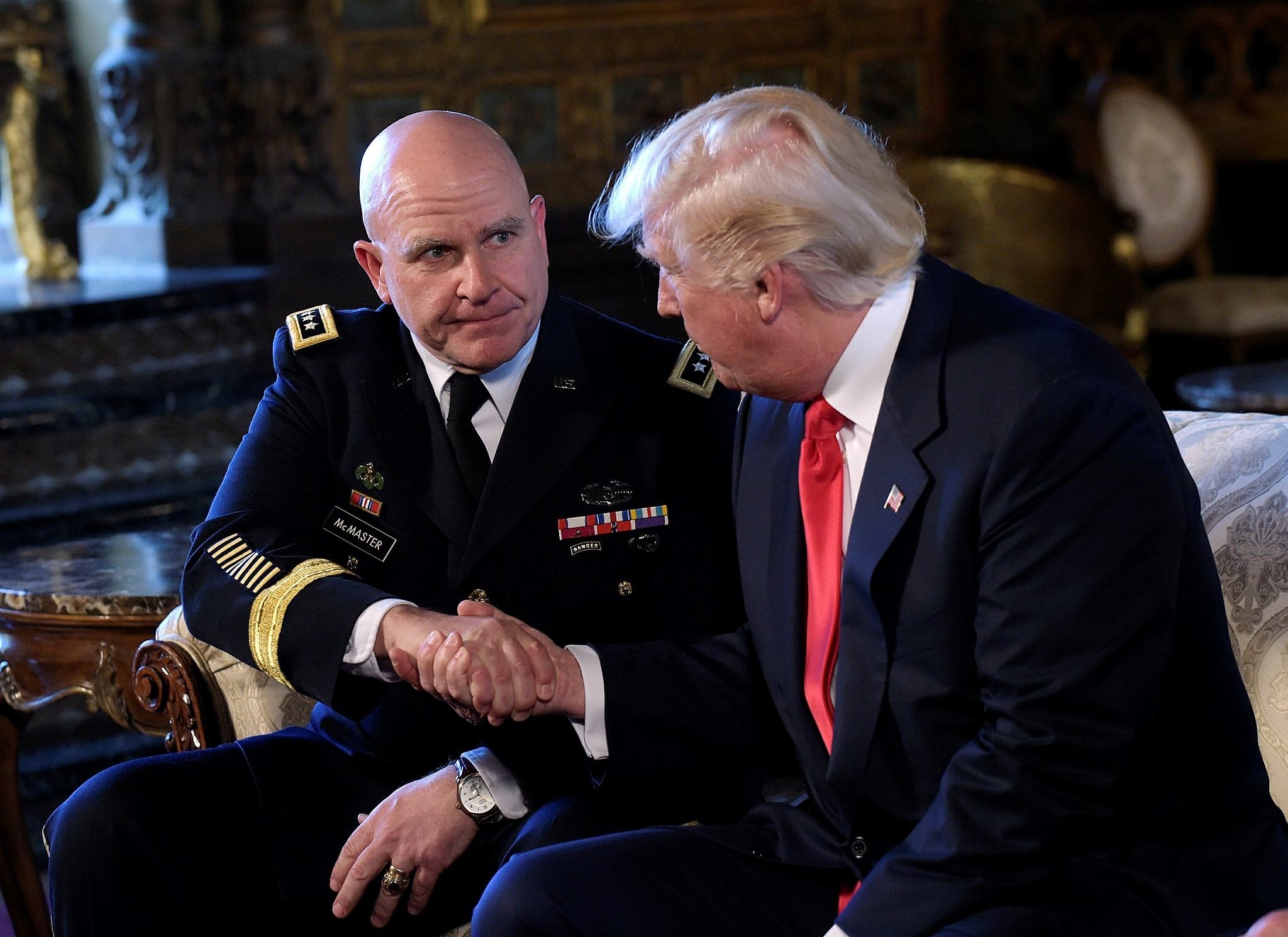 Trump announced the pick on Monday at his Palm Beach club, Mar-a-Lago. He says McMaster is "a man of tremendous talent and tremendous experience."

Trump says retired Army Lt. Gen. Keith Kellogg, who had been his acting adviser, will now serve as the National Security Council chief of staff.

Trump had been looking for a replacement for retired Gen. Michael Flynn, who was ousted last week.

Flynn's resignation came after reports that he had discussed sanctions with Russia's ambassador to the U.S. before Trump's inauguration, despite previously denying those conversations to Pence and other top officials.

The national security adviser is one of the most senior jobs at the White House, holding broad influence over U.S. foreign policy across the globe and presiding over the National Security Council staff.

White House officials made clear on Sunday that the new adviser would have autonomy over staffing decisions, an issue that has been reported to have thwarted some other candidates.

Trump's first choice to fill the job after Flynn's departure, Vice Admiral Robert Harward, turned it down, citing family and financial reasons. Another potential choice, David Petraeus, a retired general and former CIA chief who resigned in 2012 over an extramarital affair, was cut from the president's short list.

Sources familiar with the candidates' thinking said they both wanted control over staffing of their team, and Trump was reluctant to grant that authority.

White House Chief of Staff Reince Priebus denied the reports that Harward and Petraeus wanted more control than Trump was prepared to give, and said in an interview on "Fox News Sunday with Chris Wallace" that the new adviser "can do whatever he or she wants to do with the staffing."

He said the issue never came up in discussions with Harward and they "hadn't really gone down the road" with Petraeus.

The White House confirmed that Craig Deare, the NSC's senior director for Western Hemisphere Affairs, had left that role. Politico reported that he was dismissed for criticizing the president and his top aides.

"He was just sent back to his original position, so he wasn't fired," Sanders said. Deare is on the faculty of the National Defense University.

The national security adviser is an independent aide to the president and does not require confirmation by the U.S. Senate. The role has varied from administration to administration, but the adviser attends National Security Council meetings along with the heads of the State Department, the Department of Defense and key security agencies.

Trump has added Steve Bannon, his chief White House strategist, as a regular attendee of NSC meetings. Political strategists have not typically been among NSC participants and Bannon's addition has drawn sharp criticism because of his previous role heading right-wing website Breitbart News.