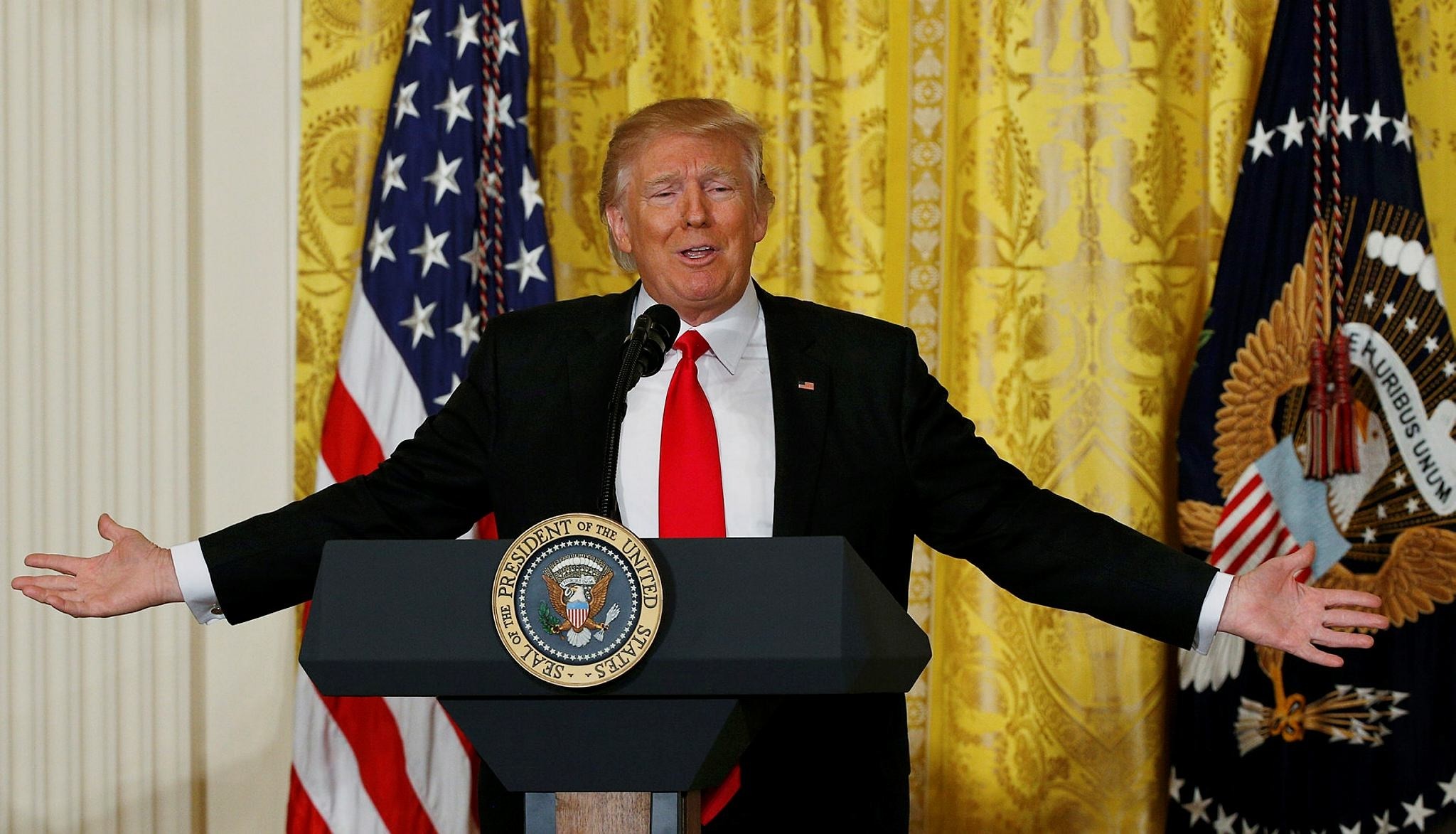 A month after his inauguration, President Donald Trump has set the U.S. on an unusual path lined with court battles, a controversial travel ban, the repeal of Obamacare and the resignation of National Security Adviser Michael Flynn amid a firestorm of allegations and controversy

U.S. President Donald Trump was sworn in as the 45th president of the United States of America on Jan. 20 after winning what was likely the most divisive and brutal elections since that of Republican President Abraham Lincoln in 1860.

Trump's entrance into politics came as no surprise to those who have had a close eye on him since the mid-1980s. Having appeared in televised interviews with Larry King and Oprah Winfrey where he criticized government policies and condemned the direction in which the U.S. was headed, it has long been clear that love it or hate it, Trump has held a consistent political view for decades and so far, he is doing exactly what he said he would do.

Ultimately triumphing over the "big government" and mainstream media, Trump announced his bid for the 2016 elections on June 16, 2015 and has continued to make headlines ever since with his uncompromising and unapologetic rhetoric. Under the auspices that the U.S. is in "big trouble," Trump has pledged to make America "strong, safe, proud and great again."

On his first day in office, President Trump signed an executive order which would be the first step in repealing and replacing the "Patient Protection and Affordable Care Act" (Obamacare), which has been in effect since April 23, 2010.

Trump has said that he wishes to keep parts of Obamacare, such as health care coverage for patients with pre-existing conditions, saying that, "This happens to be one of the strongest attributes [of the Patient Protection and Affordable Care Act] in addition to other aspects."

"Also, when it comes to children living with their parents for extended periods, I will very much try and keep that. It adds costs but it is very much something that we are going to try and keep," he asserted.

On Jan. 23 he signed orders withdrawing the U.S. from the Trans-Pacific Partnership (TPP) free trade agreement, fulfilling his campaign promise and calling it a "Great thing for the American worker" upon signing the executive order.

On the very next day, he also signed orders pushing forward the construction of the Keystone XL and Dakota Access pipelines, emphasizing that the steel used for the pipeline must be made in America.

Trump has also repeatedly said that several countries, including China and Mexico, are taking advantage of the U.S. which accounts for massive trade deficits with the U.S. Likewise, Trump has promised to reverse this.

Just days later on Jan. 25 Trump visited the U.S. Department of Homeland Security and signed another order regarding immigration and border security. The order called for the construction of a physical barrier between the southern U.S. border and Mexico and the hiring of thousands of more Immigration and Customs Enforcement (ICE) agents.

In his most controversial executive order to date, on Jan. 27, President Trump called for the 120 day-long suspension of the Syrian refugee program and a 90-day suspension on travel between seven countries with ties to terrorism, fulfilling his promise to "suspend immigration from terror-prone regions where vetting cannot safely occur."

Thus, the executive order sparked massive outrage and a legal battle continuing to this day after it was mistakenly called a "Muslim ban."

On Jan. 28, he also signed an executive order to restructure the National Security and Homeland Security councils.

A few days later on Feb. 9, Trump signed three new executive orders "designed to restore safety in America." The orders called for setting up task forces targeting drug cartels, violent criminals and attackers of police officers. The order came after Trump tweeted that if the crime problem in Chicago did not come under control he would "send in the Feds."

"A new era of justice begins and it begins right now," he said.

As with most things he's done, Trump's Supreme Court nominee sparked controversy. Neil Gorsuch, a constitutionalist, is to replace the late Justice Antonin Scalia from the Reagan era, taking the seat for a lifetime term as a Supreme Court justice.

Protesters gathered outside the Supreme Court in Washington to protest, denouncing Gorsuch. In their demonization campaign, Gorsuch's opponents claim that he is "a friend of Wall Street" and "favors corporations."

They also say that he is not objective. Many of Gorsuch's opponents supported Hillary Clinton during the elections, a notorious "friend" of "all things Wall Street."

National security adviser Michael Flynn's alleged contact with a Russian ambassador in late December, during the transition which, according to leaks, included discussions of Barack Obama's sanctions with Russia, was initially denied by the former general.

While Flynn's actions were illegal, President Trump ousted Flynn and asked for his resignation. There is no credible evidence that what Flynn did is not a criminal offense but was viewed as highly inappropriate by President Trump since policy was discussed, so he asked for his resignation. There is also no credible evidence that Trump coordinated with the Russians at any point or that Flynn was directed to do anything similar either.
RELATED TOPICS