US Muslims raise over $60,000 for vandalized Jewish cemetery 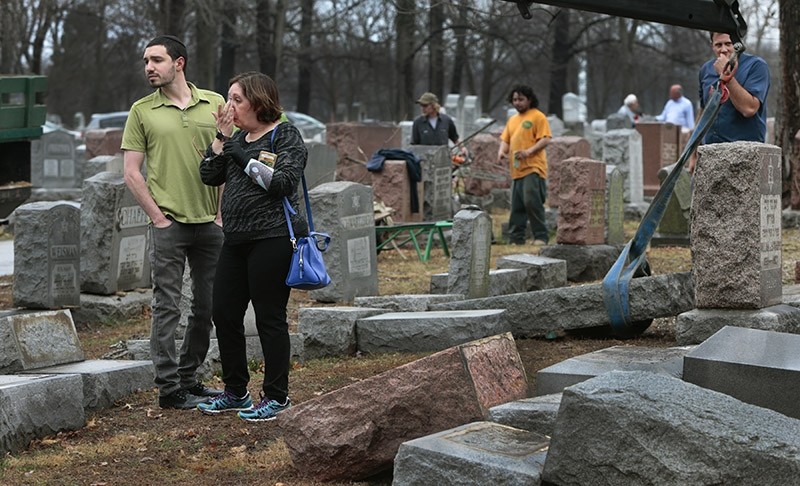 Muslims living in the U.S. have launched a campaign to repair headstones which were damaged at a Jewish cemetery in an act of vandalism in Missouri, and collected over 60,000 dollars, reports said on Wednesday, as President Donald Trump is revising a travel ban on people from seven Muslim-majority countries.

The campaign entitled 'Muslims Unite to Repair Jewish Cemetery' collected a total of 67,000 dollars to repair Chesed Shel Emeth Cemetery in University City, Missouri, which was vandalized by unidentified attackers on the weekend.

"We are overjoyed to reach our goal of $20,000 in three hours. Please note that we are still accepting funds. Any additional funds raised in this campaign will assist other vandalized Jewish centers nationwide," the campaign organizers MPower Change and Celebrate Mercy said in a statement on launchgood.com.

The organizers condemned the act of desecration and said that Muslim Americans stand in solidarity with the Jewish community in the U.S.

Two other major Muslim organizations, including the Islamic Society of North America (ISNA) and the Council on American-Islamic Relations also condemned the incident and urged Muslims to express solidarity with the Jewish community and support the reconstruction efforts.

Police and investigators are currently checking surveillance camera footage to determine the assailant(s) who vandalized the cemetery, which dates back to 1893.

There are 3.3. million Muslims living in the U.S., who make up about one percent of the total population in the country, and this number is expected to double by 2050, according to statistics published by Pew Research Center.