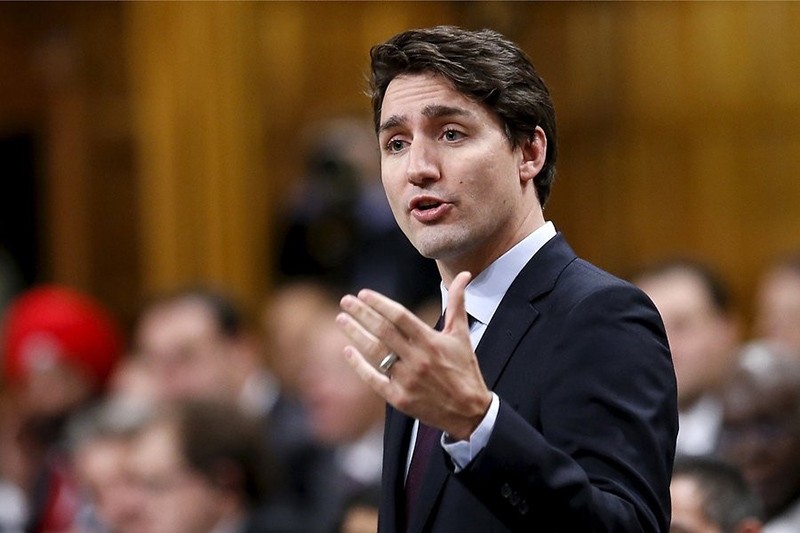 | Reuters Photo
by reuters
Feb 23, 2017 12:00 am
Canadian Prime Minister Justin Trudeau on Wednesday defended plans to give more powers to U.S. border agents stationed in Canada, saying travelers would at all times be protected by domestic laws.


As part of a 2015 deal between Canada and the United States, Trudeau's government has introduced draft legislation allowing U.S. border agents based in Canada more leeway to question and search people wishing to enter the United States.

Critics say this increases the chance of abuse at a time when the administration of U.S. President Donald Trump is cracking down on immigrants, prompting dozens of people to cross the border into Canada every week.

"Canadian laws are in place, so there is extra protection when Canadians go through American customs in Canada," Trudeau told reporters.

U.S. border agents have been working in Canada since the 1950s, pre-clearing would-be visitors and addressing potential security threats. The agents are currently based at eight Canadian airports and under the 2015 deal, the program will be expanded to two more airports as well as Montreal train station.

Trudeau is under pressure in Parliament from the left-leaning opposition New Democrats, who say U.S. border guards are already racially profiling Canadians who wish to enter the United States.

"What will the government do to secure clear assurances for Canadians who wish to cross the border? When will the Prime Minister stand up for Canadians ... will he stand up to the bully?" asked Jenny Kwan, the party's spokeswoman for immigration, referring to Trump.