US considers to increase military presence in Syria, Iraq 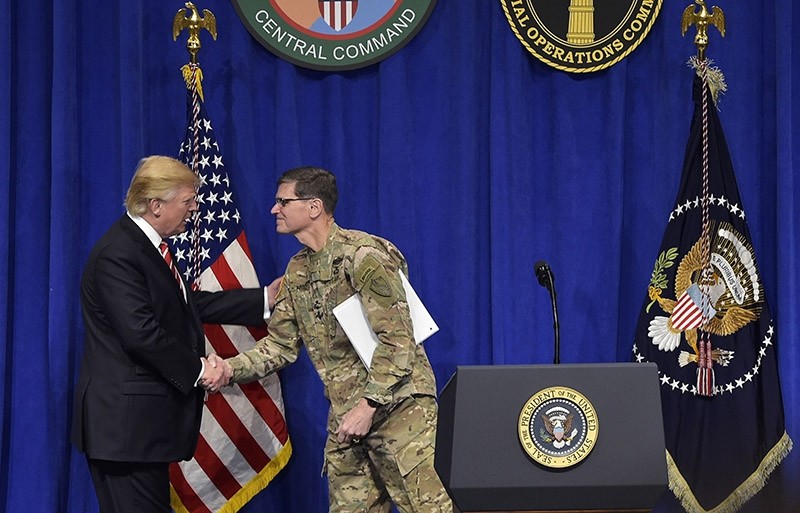 US forces have been involved in firefights with Daesh terrorists in the Iraqi city of Mosul, a coalition official acknowledged Wednesday, as American troops edge closer to the city's front lines.

The United States currently has about 450 military advisers, mostly special operations forces, who call in air strikes and train Iraqi partners attacking the Daesh group in their bastion Mosul.

The American troops are not supposed to be doing the actual fighting but in recent weeks have gotten so close to the front that they've come under attack, said Colonel John Dorrian, a spokesman for the US-led coalition fighting Daesh.

Dorrian declined to say if any US troops had been wounded in the attacks, but an unnamed official later told CNN that several personnel had been evacuated off the battlefield.

The Pentagon doesn't typically provide tallies of wounded until later on, arguing that doing so would provide the enemy with real-time information.

According to a Defense Department tally, 31 US troops have been wounded fighting Daesh in Iraq and Syria since operations began in late summer 2014.

When Barack Obama authorized troops back into Iraq in 2014, he stressed they would be in an advisory role. Dorrian said all efforts were being made to keep US forces out of combat.

"They are directed to try and be positioned where that is a rarity and unlikely to occur," Dorrian said.

"Sometimes (attacks) will happen. Believe me, our forces are quite capable of defending themselves," he added.

Speaking in Baghdad on Monday, the coalition's commander Lieutenant General Stephen Townsend said US troops are fighting closer to the front, using authorities first granted at the end of the Obama administration.

But the fact these powers are being used more now may suggest commanders feel they have more leeway under President Donald Trump.

"It is true that we are operating closer and deeper into the Iraqi formations," Townsend said.

"We adjusted our posture during the east Mosul fight and embedded advisors a bit further down into the formation."

The battle for Mosul began October 17 and coalition-backed Iraqi troops have pushed Daesh from the city's eastern side.

The ongoing battle for the west is expected to be a brutal fight and will take place in a packed urban environment.

Shortly after his inauguration, Trump gave commanders 30 days to review the Daesh fight and present recommendations to quicken the campaign.

General Joseph Votel, who heads the US military's Central Command in charge of wars in the region, told reporters traveling with him in the Middle East that more US troops might be needed in Syria, though he stressed local forces would be the primary force.

"I am very concerned about maintaining momentum," Votel said, in comments reported by the New York Times and other outlets.

"It could be that we take on a larger burden ourselves."