Woman intentionally drives into chicken truck because she’s “a vegan” 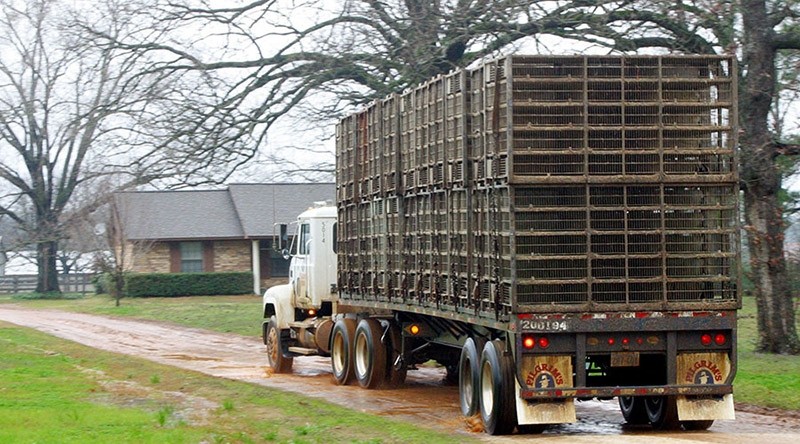 A Georgia woman told police that she purposely drove into a truck transporting chickens because she is vegan, according to a report.

Judith M. Armstrong, a 26-year-old from the southern American state, was arrested in her home in Comer following the February 21 incident in Hull, Georgia.

Armstrong had been driving her red car down a stretch of Highway 72 when she saw the vehicle transporting the fowls. She then drove her car directly into the side of the truck.

The unnamed driver of the truck then hit his breaks, but Armstrong drove her car into the truck a second time, sending her car into a tailspin. She then fled the scene without exchanging information with the driver.

Pieces of her car and her license plate were left at the scene of the collision, allowing police to easily identify her.

Authorities went to Armstrong's house but she refused to leave for questioning, and instead spoke to officers though multiple windows. She told them that she had fled the scene because she was worried about what would happen to her driver's license.

Police returned to her home with a warrant and took her to the station for questioning, where it was revealed that she had a blood alcohol level of .089, which is over the legal limit.

Armstrong denied having had anything to drink before operating the vehicle, but admitted that she had "taken a couple of shots" when she returned home.

She also admitted that she had intentionally caused the crash because of the fact that it was a truck transporting chickens and "she was a vegan," the police report said.

The 26-year-old was charged with hit-and-run, aggressive driving, driving under the influence, and obstruction.