Petition calls for Melania Trump to move to White House 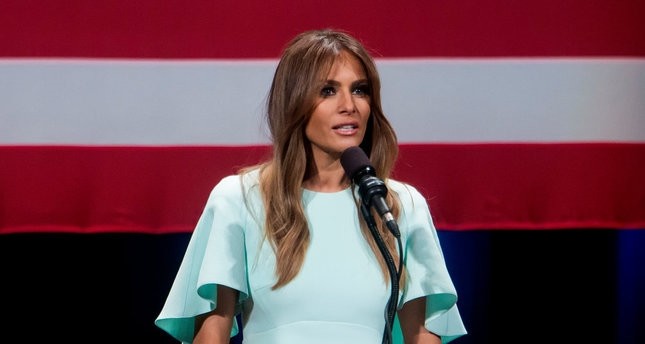 Nearly 130,000 people on Tuesday have signed a petition calling on Melania Trump to move to Washington, or foot the bill for securing Trump Tower in Manhattan.

The change.org petition's organizers said U.S. taxpayers are "paying an exorbitant amount of money to protect the First Lady in Trump Tower.

"As to help relieve the national debt, this expense yields no positive results for the nation and should be cut from being funded," the petition says.

The written request comes a week after President Donald Trump unveiled his budget outline that sees sweeping cuts made across U.S. government agencies.

Using the low-ball figure, it will cost the police department $46,355,000 annually to secure Trump's home-away-from-home.

Share on Facebook Share on Twitter
Previous in Americas U.S. President Donald Trump signed an executive order Tuesday that... Next in Americas The vote by the U.S. Congress to repeal rules that limit how internet...
DAILY SABAH RECOMMENDS