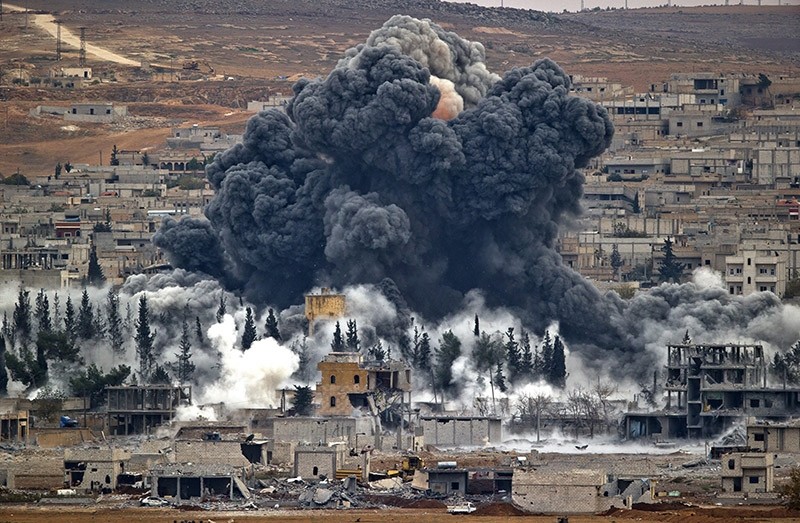 Air strikes by the U.S.-led coalition against the Daesh terror group have likely "unintentionally" killed 229 civilians since the offensive began in 2014, according to U.S. Central Command.

The tally does not include civilian casualties from March -- which could include potentially large numbers of civilians killed in strikes over several days in Mosul's al-Jadida area. Attention has focused on one allegedly particularly deadly strike on March 17.

Stephen Townsend, the senior U.S. commander in Iraq, said coalition forces "probably had a role in those casualties."

The coalition has said it has launched an investigation into the reported deaths.

Iraq is also probing the deadly air strikes in the western district of Mosul al-Jadida, where the number of victims is said to range from dozens to hundreds.

The battle for Mosul began in October 2016.

As of the end of February 2017, "it is more likely than not, at least 229 civilians have been unintentionally killed by coalition strikes since the start of Operation Inherent Resolve" in Iraq and Syria, according to the statement from Centcom, the U.S. military command in the Middle East.

Some 43 different reports of possible civilian deaths in the two countries are still under investigation by the coalition, the statement said.

Critics, including monitoring groups, say the real number is much higher.

The coalition insists that Daesh has targeted civilians and used them as human shields, making it difficult to avoid civilian casualties despite its state-of-the-art technology.