No question Russia interfered in election, US ambassador to UN says 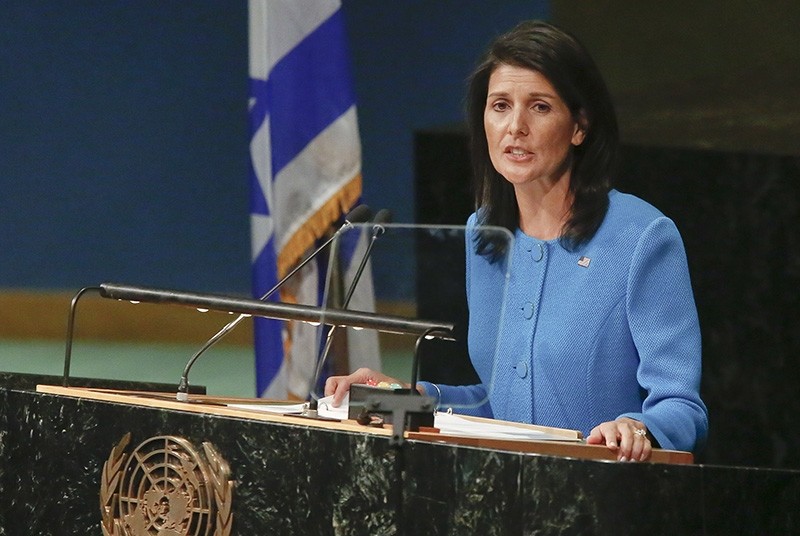 The U.S. ambassador to the United Nations says there's no question Russia was involved in the U.S. presidential election and that the actions of the Kremlin will be addressed after the investigations are completed.

In an interview with ABC's "This Week," Ambassador Nikki Haley says Trump hasn't told her not to criticize Russia. She says she is "beating up on Russia" over issues such as its actions in Crimea and its dispute with Ukraine.

President Donald Trump has said he believes Russian operatives hacked Democratic Party emails but that any Russian involvement in the election didn't affect the outcome. The White House rejects any suggestion that there were connections between Trump or his staff and Russia.