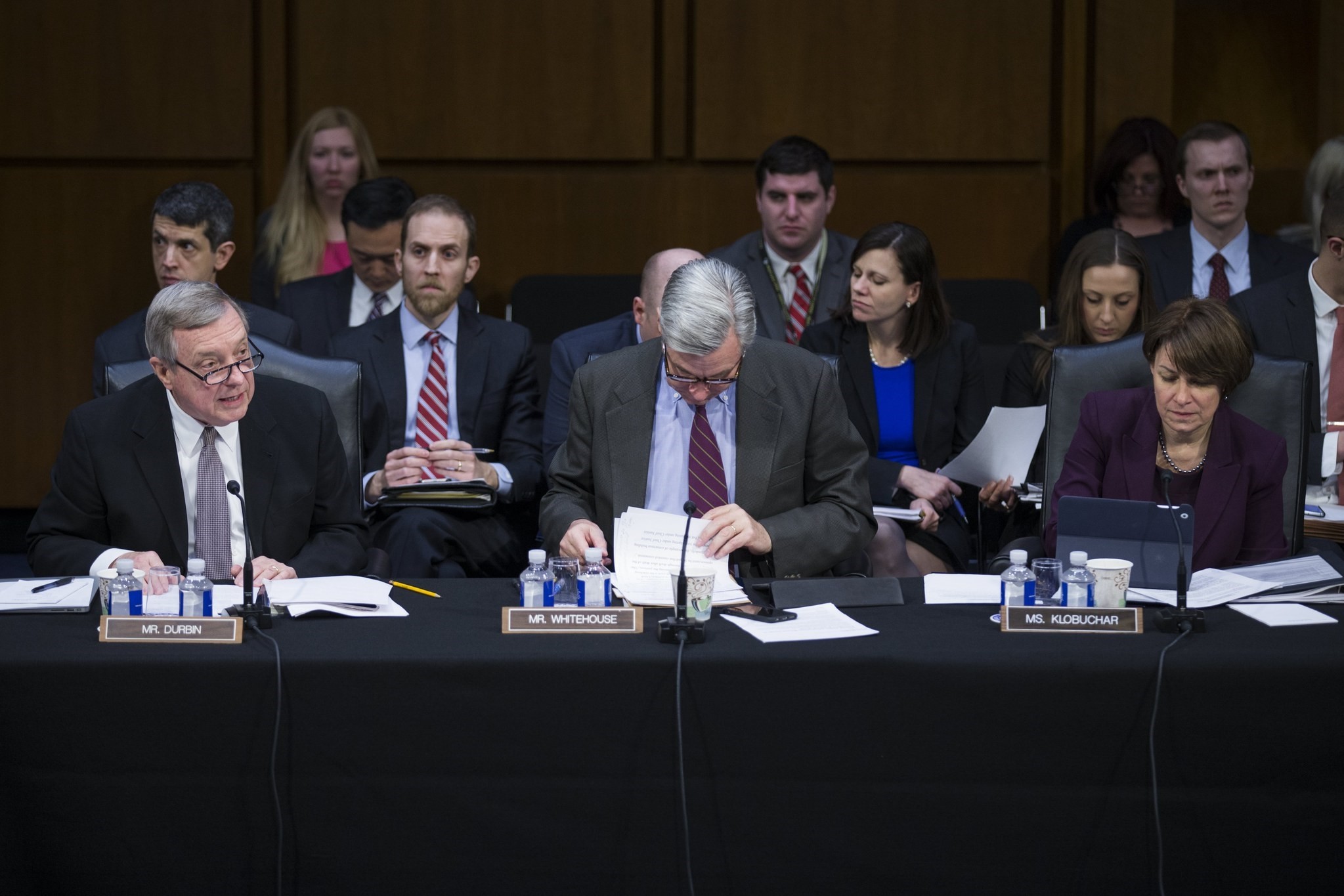 Democratic senators deliver remarks during a Senate Judiciary Committee meeting on the nomination of Judge Neil Gorsuch. (EPA Photo)
by Compiled from Wire Services Apr 03, 2017 12:00 am

The US Senate Judiciary Committee approves the nomination of Neil Gorsuch as Supreme Court justice, setting up a showdown in the full Senate later this week over President Donald Trump's pick for the court.

The Judiciary Committee voted 11-9 along party lines on Monday to favorably recommend Gorsuch to the full Senate. A confirmation vote is expected on Friday, but not before a partisan showdown over President Donald Trump's choice.

Democrats have secured the 41 votes to block Gorsuch with a filibuster after Delaware Sen. Chris Coons said he would vote against the nominee. The opposition will prevent Republicans from reaching the 60 votes they need to move Gorsuch over procedural hurdles to a final Senate vote.

Determined to confirm him despite Democratic objections, Majority Leader Mitch McConnell has signaled he will likely change Senate rules later this week to reduce the threshold from 60 to a simple majority to get Gorsuch confirmed.